Captain Steve Smith scored a breezy 44 to guide Australia to a six-wicket win over South Africa in the final Twenty20 cricket International in Cape Town and a 2-1 series victory. 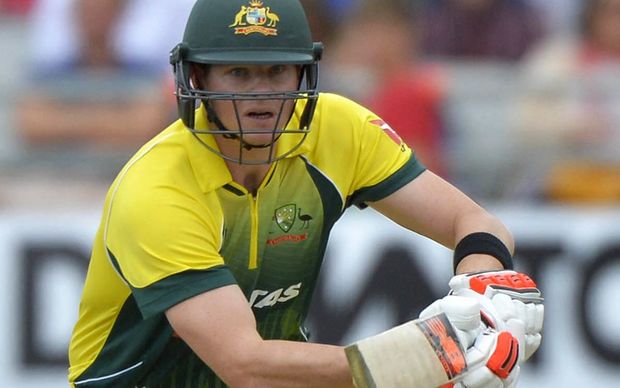 After electing to bat, South Africa posted 178 for four in their 20 overs, boosted by an unbeaten 97 from Hashim Amla.

Australia paced their reply perfectly, however, and profited from an opening stand of 76 between Shane Watson (42) and Usman Khawaja (33).

Those two fell in a single Imran Tahir over, but any thoughts South Africa had of clawing their way back into the game evaporated as a composed Smith, whose runs came from just 26 balls, and David Warner (33) added 79 for the third wicket.

They now head to India for the World Twenty20 where they open their campaign against New Zealand on March 18.

Opener Amla proved the anchor for South Africa's innings as he caressed an unbeaten 97 from 62 balls that included eight fours and four sixes.

Quinton de Kock (25 from 13 balls) and David Miller (30 from 16) provided impetus, but the innings slowed when Faf du Plessis and Rilee Roussow, in for the rested AB de Villiers, took 28 balls to score a combined 20 runs.

South Africa take on England in their first match of the World Twenty20, also on March 18.