The most anticipated match of the cricket World Twenty20 between hosts India and arch-rivals Pakistan has been shifted to Kolkata over concerns about security in the original venue at Dharamsala. 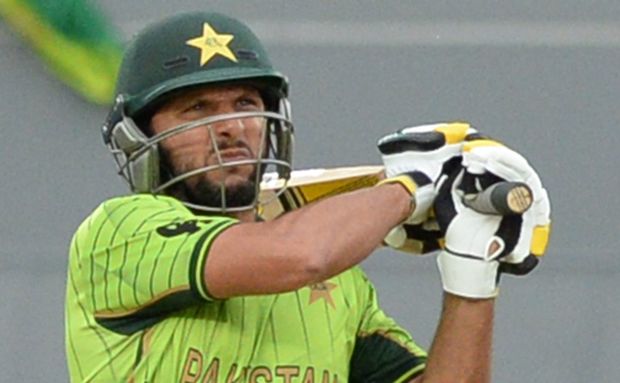 Indian war veterans in the state opposed the hosting of a match against Pakistan after militants killed seven security personnel in an attack on the Indian Air Force base near Dharamsala earlier this year.

The Pakistan Cricket Board (PCB) delayed the departure of the men's and women's teams and sent a delegation to review security at Dharamsala, which boasts one of India's most beautiful stadiums with snow-capped mountains in the background.

After the state's chief minister warned of possible disruption, the organisers took the "difficult decision" to shift the contest from the picturesque sleepy hill town to Kolkata's usually boisterous Eden Gardens.

"We looked at the security situation and we agreed in the end that the level of uncertainties that exist around that match was too great to take a risk," International Cricket Council (ICC) chief executive David Richardson said.

"The safety and security of the event is of paramount importance to the ICC and we've taken into consideration the concerns shared with us by our security advisors as well as the Pakistan Cricket Board."

Richardson, however, all but ruled out a sanction against the state cricket association in Himachal Pradesh.

"We had to make this decision for safety and security reasons. I don't think it's reasonable to suggest that we'll be taking disciplinary action against the state association in that province."

The ICC official said the organisers were still awaiting an absolute assurance from Pakistan of their participation in the sixth edition of the tournament.

"The decision has just been conveyed to them... We are now obviously very hopeful that they would now board the plane and come to the event."

Shaharyar Khan, the PCB chairman, had said on Monday that there was no question of the country not playing in the tournament but that other venues needed to be considered to replace Dharamsala.

Pakistan and India have fought three wars since becoming separate countries in 1947, two of them over the disputed Himalayan region of Kashmir.

Bilateral cricketing ties between the neighbours remain suspended after gunmen killed 166 people in Mumbai in a three-day rampage in 2008 which India blames on a Pakistani militant group.

Pakistan's cricket team have in the past received a hostile reception in Mumbai, venue of the second semi-final of the World Twenty20 which got underway on Tuesday, where members of a regional political party dug up a pitch in 1991 on the eve of a test match.

Richardson said if Pakistan reached the last four they would play their semi-final in New Delhi on March 30.

"If Pakistan makes the semi-finals, their semi-final won't be played in Mumbai," Richardson said.

"We've chosen the venues where Pakistan is due to play very carefully, taking into account safety and security issues."

Pakistan open their tournament on March 16 against a qualifying team in Kolkata before the match against India three days later.

They will also face New Zealand on March 22 and Australia on March 25, with both of those matches in Mohali.