Real Madrid and Wolfsburg have won through to the quarter-finals of the European Champions League. 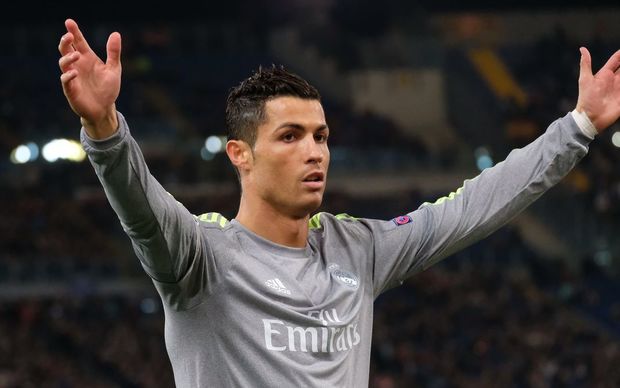 Cristiano Ronaldo led Real Madrid to a 2-0 win over AS Roma and a place in the last eight, scoring the opening goal and setting up James Rodriguez to seal a 4-0 aggregate victory.

The Portugal forward, top scorer in the competition this season with 13 goals, netted for the sixth time in three games in all comeptitions by finishing off substitute Lucas Vazquez's cross at the near post after 64 minutes.

Ronaldo, who sent Real on the way to a 2-0 win in the first leg of the last 16 tie with a stunning strike, then released Rodriguez with a delicate pass and the Colombian prodded the ball between the legs of Roma keeper Wojciech Szczesny.

Real's Keylor Navas kept his sixth straight Champions League clean sheet to move ahead of former Manchester United stopper Edwin van der Sar with the second-longest run in the competition without conceding a goal and is now unbeaten in 540 minutes.

Meanwhile a second-half goal from Andre Schuerrle helped VfL Wolfsburg beat Gent 1-0 to reach the Champions League quarter-finals for the first time with a 4-2 aggregate victory.

Schuerrle, making a rare start, fired the ball in from a Julian Draxler cut-back in the 76th minute to give Wolves their second straight win over the Belgians.

Both teams were making their debuts in the knockout stages and Wolfsburg's three goals in the first leg gave Dieter Hecking's team a big advantage going into the return match.

Gent tried hard to unsettle the hosts but the German side were resolute in defence and superior all round.

Wolfsburg, who have won their last four Champions League matches and their last two games in the Bundesliga, tried to get an early goal with 2014 World Cup winner Schuerrle going desperately close in the opening minutes.

Max Kruse also did well to control a Schuerrle cross before turning and firing narrowly wide as the home team remained in the driving seat.

Gent keeper Matz Sels then parried a right-foot missile from Joshua Guilavogui in the 18th minute.

The visitors made a rare foray forward on the hour as Danijel Milicevic spurned their best chance when his diving header was off target.