Afghanistan and Zimbabwe reaped the benefit of some tight death bowling to both register 14-run victories and boost their prospects of making the World Twenty20 main draw. 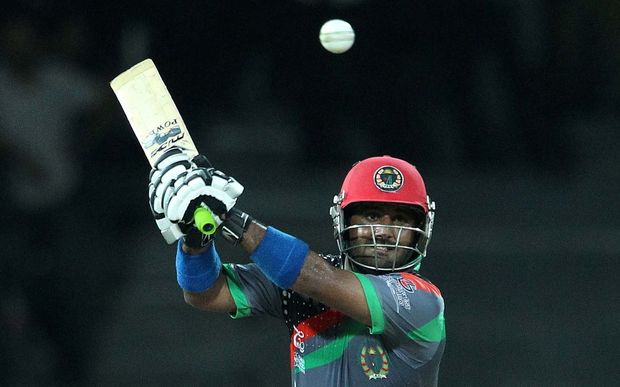 The Africans then returned to restrict their opponents to 144-6 to start their campaign with a triumph.

Afghanistan later posted 170-5 at the same venue and dished out some impressive death bowling to restrict Scotland to 156-5 as they won their Group B clash.

The first wicket to fall in the tournament showed the gap between teams already in the Super 10 second round stage and those aspiring to join them from the first round.

Put in to bat, Zimbabwe skipper Hamilton Masakadza hit three boundaries and a six before a sloppy end to his innings.

Masakadza set out for a single that looked safe until he failed to plant his bat and drag it. His feet and the bat were in the air when the mid-off fielder threw down the stumps.

His opening partner Sibanda (59) showed more responsibility and brought up his fifty with a flat six off Nadeem Ahmed.

Zimbabwe subsequently lost three wickets, including Sibanda's, in eight balls but Chigumbura (30 not out) hit three sixes in his 13-ball cameo to take them past the 150 mark.

For Hong Kong, Jamie Atkinson (53) struck his maiden fifty but did not get much support from his top order colleagues.

Skipper Tanwir Afzal chipped in with a breezy unbeaten 31 but Zimbabwe's bowlers sent down a tidy last two overs.

Afghanistan rode half-centuries from Mohammad Shahzad (61) and skipper Asghar Stanikzai (55 not out) to post a total that seemed to justify their decision to bat first.

Scotland offered a robust reply with George Munsey (41) and Kyle Coetzer (40) forging an 84-run opening stand before their chase was derailed.

Once the openers departed, Afghanistan's bowlers stemmed the run flow and then sent down some tight final overs to prevail.