The New Zealand women's hockey coach Mark Hager has named an experienced squad in the lead-up to the Rio Olympic Games in August. 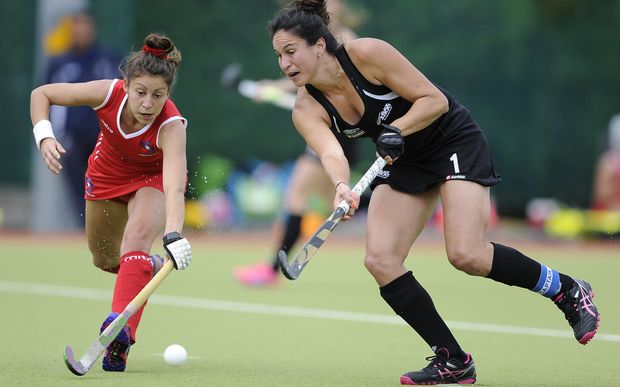 It's one of the most experienced squads named in recent years with four players who have played more than 200 internationals.

Kayla Whitelock and Emily Naylor, who have 498 caps between them, have both been named along with Anita Punt (222) and Gemma Flynn (224).

Hager said selections were extremely tough given the depth of players that has been built over the past few years.

"This is a really strong group of athletes who are vying for Rio Olympic selection later in the year. We have built great depth and healthy competition between all squad members," he said.

"The experience within this group will greatly benefit all players as they strive to become better and push hard for the final selection ahead of Rio.

"All squad members are looking forward to the challenge Rio will present and are excited about what opportunities will come over the next six months."

Whitelock impressed during the recent six test Argentina series in what was her first taste of international hockey since the 2014 Glasgow Commonwealth Games.

Following the Glasgow Games she took a hiatus from the sport which included the birth of daughter Addison, but is now fully committed to helping the Black Sticks achieve their goals.

"I believe this is the strongest squad I've been involved in to date with really tough competition for spots leading into Rio," Whitelock said.

"I'm excited about the challenge of continuing to work my way back into the team. I know it's not going to be easy and a lot has changed since I played last.

"As a team we have great confidence for this year with genuine belief we can achieve something special at the Olympics.

Next up for the Black Sticks Women on the road to Rio are two tests against Canada on Sunday March 27 and Monday March 28 in Hamilton.

Teams for both events will be named later this month.