Cricket's world governing body, the ICC, has confirmed its anti-corruption unit was probing the Hong Kong team but ruled out any match-fixing angle to its investigation.

"In recent times you would have read in the media that a particular player was suspended from his country and the investigations relate to the same team," Richardson told reporters. 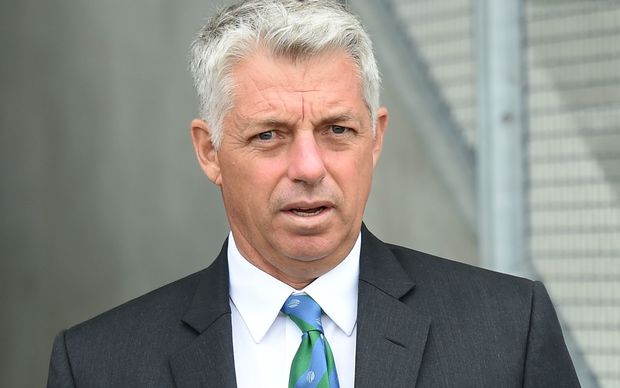 The governing body announced in January that Hong Kong all-rounder Irfan Ahmed had been suspended and charged with failing to disclose an approach from an individual.

"We should not speculate that it involves or there's any match-fixing or anything going on with particular players or a particular teams," Richardson said.

"Often we get our intelligence from players reporting various approaches that corrupt people make to them."

Hong Kong play the first match of the World Twenty20 against Zimbabwe in first-round Group B which also includes Afghanistan and Scotland.

The ICC has done stellar work to shield players from full member nations against such approaches but "corrupt" individuals were finding new targets, Richardson said.

"We are now finding that the corruptors are now focused on associate members, women's teams etc etc. So we got to make sure the players from all the teams are very well educated, understand their responsibilities and would not get involved."

"Unfortunately, this is the world we are living. There are corrupt people all over the world, trying their best to get hold of players."

Cricket has been plagued by a number of corruption issues and a 2010 spot-fixing scandal resulted in bans and jail terms for Pakistan fast bowlers Mohammad Asif and Mohammad Amir, and former test captain Salman Butt.

South African Richardson, however, is confident that the sixth World Twenty20, which starts this week won't be affected.

"I'm very confident that we'll have a clean tournament," he said.

"I know that our anti-corruption unit has been working hand-in-hand with the law enforcement agencies and the police in India to make sure that any information is shared," he said.

"I'm very confident that the matches will be played in the correct spirit."