New Zealand have beaten Japan 27-7 in the plate final of the Las Vegas leg of the World Rugby Sevens Series.

The All Blacks Sevens led 15-nil at halftime after tries to D J Forbes, Kurt Baker and Lewis Ormond.

Forbes opened the scoring in the second half, with the All Blacks going 22-nil up before Japan finally scored their only try of the match - with a couple of minutes left to play. 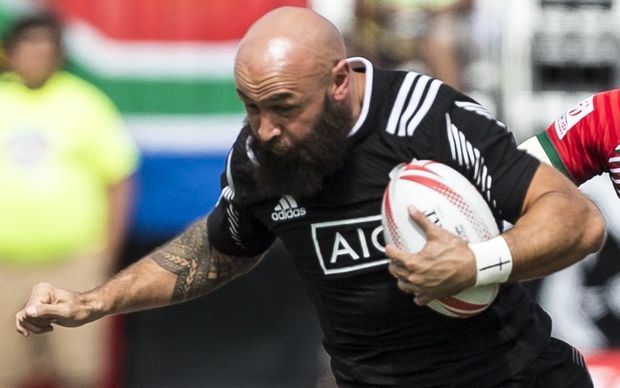 The New Zealanders were upset by Kenya in their final pool match, and then lost the quarter-final to South Africa to be relegated to the plate competition.

They snuck into the plate final with a 24-19 win over Argentina in extra time.

All Blacks Sevens captain Tim Mickelson said the tournament hadn't gone as well as they hoped.

"We had a good first day and then started slow against Kenya ... but definitely not [what] the weekend wanted.

"We struggled at times to keep the ball in contact and handling errors let us down but pleasing to finish like that [against Japan] and we can take that into next weekend," he said.

Fiji beat Australia 21-15 in the final after trailing 15-nil at halftime. Fiji remain at the top of the world standings on 91 points, with South Africa second on 86 and New Zealand third on 82.

The next leg of the tournament is in Vancouver.