New Zealand has lost its Davis Cup tie with South Korea in Seoul three matches to one. 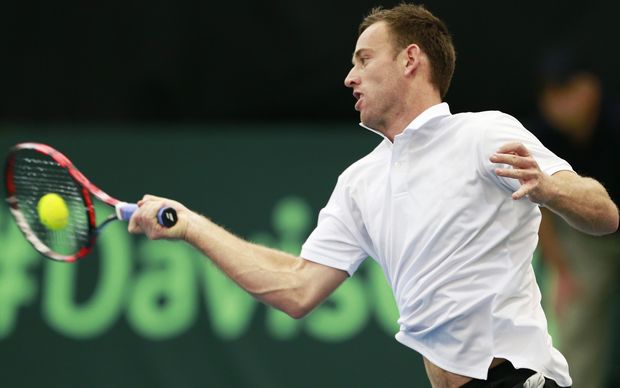 Earlier, the Kiwi combination of Michael Venus and Artem Sitak earned New Zealand's only point of the tie in the doubles, before their team-mate Rubin Statham was beaten in the first round of the reverse singles.

Venus and Sitak captured the doubles match by defeating the Korean pair of Duck Hee Lee and Yong Kyu Lim in four sets to give New Zealand a chance to stage what would be a remarkable comeback after earlier losing both opening day singles.

However, the fourth match of the tie had world No.63 Hyeon Chung up against Rubin Statham.

The Kiwi needed a victory to keep his side in the contest and then for Venus to play a potentially winnable match against either Lee or Seong Chan Hong to take out the tie.

Unfortunately Statham found Chung's ability from the back of the court and his consistency too much as the Korean won the first set 6-2 and the second more hotly contested 6-4.

The third set didn't start well as Statham was broken in the first game, but then came back to break Chung's serve, but Chung was able to break Statham's serve on the three occasions he had in the set and wrap up the match.

Team captain Alistair Hunt said that it was always going to be difficult against a team with a player ranked so highly.

"It was on day one which really made the difference. In the opening match we had opportunities. To come back from 0-2 down was always going to be tough."

"We knew we could win the doubles, but obviously someone ranked around 60 in the world like Chung was going to be a tough ask for Rubin to win against and keep us alive," said hunt.

The Kiwis will now host Pakistan later this year needing to win the tie to remain in Asia/Oceania Group 1.

"Playing Pakistan at home will be something good for some of us after the debacle when we played them last in Myanmar. We've got some unfinished business and we'll want to take care of them on the court convincingly."