The Black Sticks Men have recorded a strong 4-1 win over Malaysia in the first of four tests at Blake Park in Tauranga. 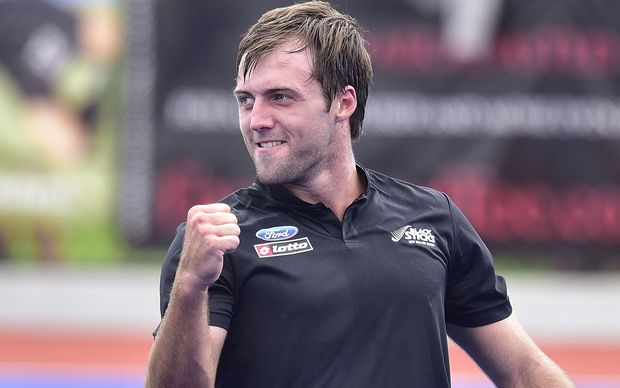 Nic Woods of the Blacksticks celebrates a goal. Photo: PHOTOSPORT

After going down 1-0, the Black Sticks powered back with four unanswered goals through Jacob Smith, Nick Wilson, Nic Woods and Shay Neal.

The spotlight was on veteran midfielder Ryan Archibald who became just the third New Zealand player ever to reach 300 caps behind Phil Burrows (343) and Dean Couzins (318).

Archibald made his debut against Malaysia in 1997, and in his 19 year career to date has represented New Zealand at three Commonwealth Games, two Olympic Games and two World Cups. 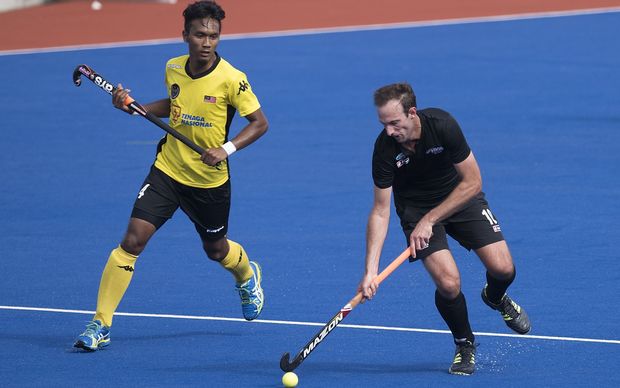 Head coach Colin Batch said the result was a pleasing start to the series.

"It's our first game in four or five months so we started a bit slowly, but I thought we really grew throughout the game," he said.

"We generated some good phases and counter attacks particularly in the second half and that's pleasing to see going into game two tomorrow."

The Black Sticks play Malaysia again on Monday in Tauranga at 6pm.