Phoenix fans had nothing to cheer about in Wellington on Saturday when their team was thrashed by Adelaide United 4-0. 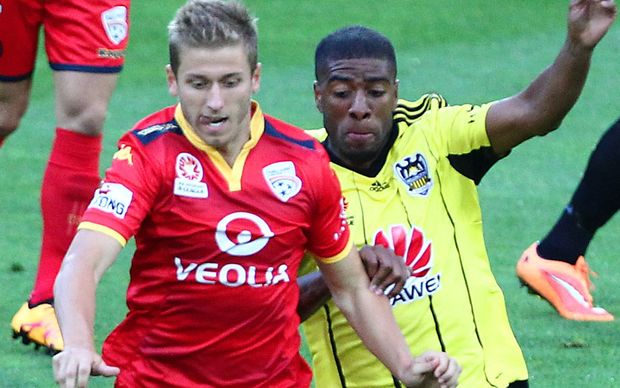 The visitors scored two goals in each half for a victory that lifted them to the the top of the A- League ladder.

The Phoenix remain ninth in the ten team competition.

Coach Ernie Merrick struggled to find any positives from the game.

"I thought we played well in the first half," he said.

"We had lots of possession and were in their half most of the time. Through very slack marking we conceded and (then) their second goal was (from) our free-kick, a very poor delivery and they caught us on the break. The stats show they had two shots on target in the first half and both of them were goals, so they were fairly clinical."

Merrick also bemoaned a lack of quality in the front third, not for the first time this season.

"In the 18-yard box we don't seem to have sharp people. We didn't have enough people who were determined to score a goal for this club. That was the biggest concern for me."

Merrick hinted that retiring defender Ben Sigmund may now take a key role as the Phoenix play for pride in their final five games of the season.

Look back at our commentary here