The Crusaders have beaten the Blues 28-13 in Christchurch to claim their first win of the Super Rugby season. 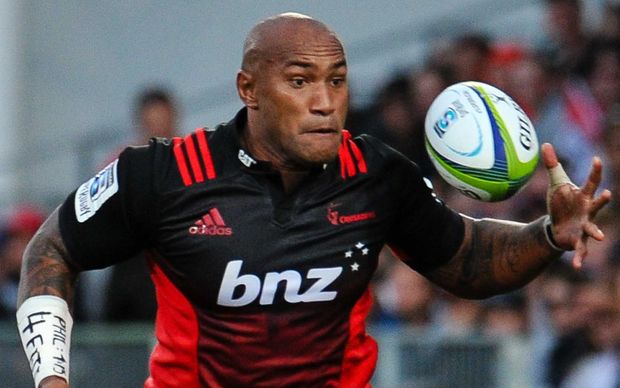 The Crusaders winger Nemani Nadolo in action against the Blues. Photo: Photosport

The Crusaders scrum was dominant from the outset and led to a penalty try to the hosts as they took a 13-3 half-time lead.

Number eight Kieran Read scored in the 68th minute and first-five Richie Mo'unga dotted down on the stroke of full-time.

Mo'unga, who iced the win with an intercept try in the last minute, also kicked three penalties and two conversions.

Read's try came on the back of a storming run from big Fijian winger Nemani Nadolo, who beat several would be tacklers before sprinting up the middle of the field and sending the Blues fullback Matt Duffy sprawling with a powerful fend.

Wing Tevita Li scored the Blues only try, with first-five Matt McGahan and replacement Ihaia West kicking a penalty each.

The Crusaders scrum was once again dominant with the Blues conceding numerous penalties at scrum time.

Both teams now have a win and a loss from their first two games.