New Zealand will have to stage a major comeback if they are resurrect their Asia/Oceania Group 1 Davis Cup tennis tie against South Korea in Seoul. 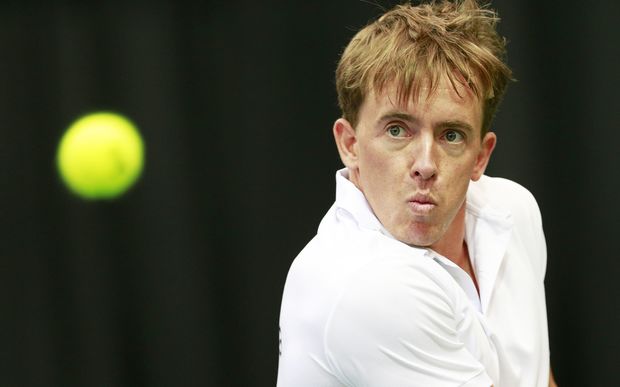 At the completion of day one the Kiwis are 0-2 down after one match which had potential and another one which got away on them.

The day started with a tight contest as New Zealand's experienced Rubin Statham took on Seong Chan Hong who was raw on Davis Cup matches, but in good form having made the final of four Futures tournaments in a row, winning three of them.

The match took four hours and six minutes to complete as the Korean finally ran out the winner 6-4 6-3 4-6 7-6(6), despite Statham leading 6-3 in the tiebreak and having serving for the set on another occasion.

It was a record match for Statham as he equalled the most appearances for a Kiwi in Davis Cup history alongside New Zealand tennis legend Onny Parun who played in 25 Davis Cup ties. However that record will be of little consequence when a win was the more vital factor.

In the second singles the Korean No.1 and world No.63 Hyeon Chung took on Michael Venus and at times the level of play the Korean displayed was evident that he is constantly up against the world's best.

Venus was able to serve big but his game also gave his opponent plenty of break point opportunities. In the second set Chung converted 2 of 14 break points chances while Venus managed one from two.

"Mike can compete against guys like Chung, but just doesn't get the opportunities to do so enough. For Rubin today he gave it everything and knows he had his chances, particularly in the fourth set," said Hunt. "We'll have to regroup and go from here and target the doubles, which was always going to be one of our matches we were targeting. The weather was great today, although the doubles day is meant to rain all day, we'll have to wait and see what happens."

The doubles team for New Zealand has been listed as Venus and Artem Sitak. Venus has already won three ATP tournaments this year, while Sitak has been within the top 40 rankings with the past six months. The Koreans have named Chung and Hong as their doubles combination. But Hunt isn't too sure if Hong will be over his injury in time.

The reverse singles will be held on Sunday.

The winner of the tie will take on the Asia/Oceania Group One top seeds, India in July.