The organisers of the 2013 America's Cup have rejected an allegation that Oracle employed an illegal sailing technique to beat Team New Zealand. 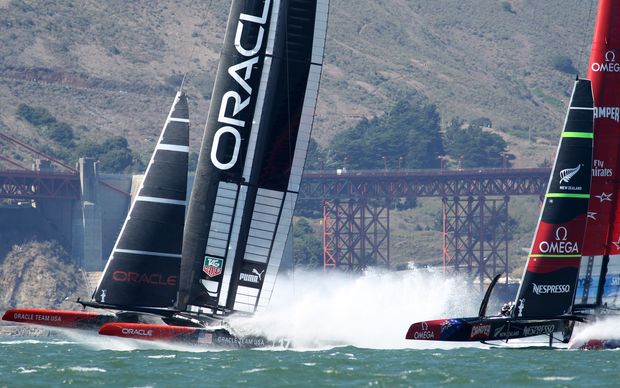 Oracle and Team NZ in action at the 2013 America's Cup Photo: AFP

Writer Bruce Knecht has just released a book in which he says Oracle managed to flap the giant wingsail on its boat, giving it more power, but breaking sailing rules.

He told RNZ's Afternoon programme that the Oracle crew themselves told him of the technique, and he was not sure whether Team New Zealand also employed it.

"They would bring in by three feet, let it out, bring it in, do it over and over again, and the critical thing was that allowed them to get up on the foils - these were hydro-foiling boats - and once you got the hulls out of the water, it was almost like the 'hyperspace mode'."

In a statement, the Cup organisers said the technique was allowed in the regatta, and a rule relating to it in general sailing was removed from the regatta rules.