The Brisbane Broncos made the perfect start to the National Rugby League season with a 17-4 victory over the Eels at Parramatta Stadium. 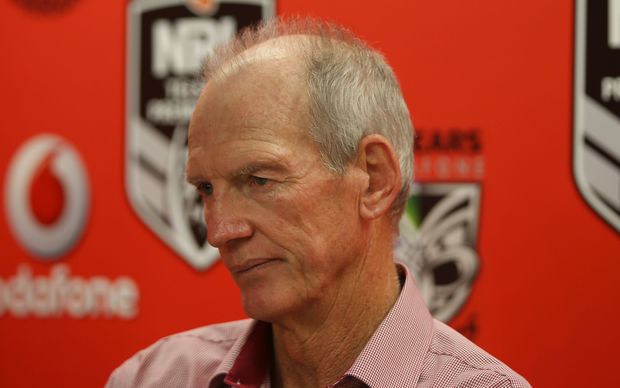 The Broncos, the beaten grand finalists from 2015, scored three tries to one with Jordan Kahu, Anthony Milford and Corey Oates each touching down for the visitors.

Clinton Gutherson provided the Eels, who were missing star recruit Kieran Foran because of a hamstring injury, with their only points of the evening courtesy of his try in the 33rd minute.

Oates was a first-half star, scoring one try and setting up another as the Broncos cantered to a 14-4 lead at the break.

Eels playmaker Corey Norman then failed to come out of the sheds, having landed on his neck in a legal but awkward Josh McGuire tackle just before half-time and he did not return.

It is believed Norman sustained a neck sprain and he was taken to hospital for precautionary scans.

In front of an expectant crowd of 17,324, Foran's pre-match withdrawal left Auckland Nines hero Norman as the hosts' lone threat in a trying opening 40 minutes.

He was crucial in setting up their first points of the season to Gutherson.

But without their first-choice pair, the Eels were rudderless with the ball in the second half, back-up Luke Kelly and fill-in Kenny Edwards struggling to find any gaps in an organised Broncos defence.

Still, Parramatta kept turning up with impressive defence to restrict the Broncos to just a penalty goal and a field goal in the second half.