After eight years with the Wellington Phoenix, defender Manny Muscat is returning home having signed a two year deal with Melbourne City.

The 31-year-old Maltese international will finish up with the Phoenix at the end of the season.

Muscat said it was a wrench to leave the Phoenix after eight seasons with the New Zealand club but the move was based around family reasons. 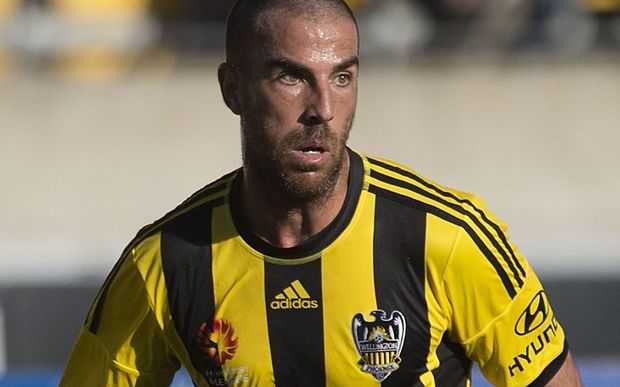 Muscat joined the Wellington Phoenix after a superb pre-season trial against Sydney FC in Wollongong that has gone down in Phoenix folklore.

Remembering that night, when then coach Ricki Herbert had decided by halftime to sign him, Muscat laughed.

"That was an amazing experience and the first of many great times I've experienced with the Phoenix," he said.

"I never expected to be at the club for eight seasons but I have enjoyed every moment and made some real good friends."

No-one has been closer to Muscat than captain Andrew Durante and the pair are virtually inseparable, so much so that on game day the dressing room set up had to be changed so that Muscat (No 2) and Durante (22) could sit together.

Phoenix coach Ernie Merrick said Muscat would be missed on and off the field.

"He is a man of action, hard on the field, but get him off it and he is the perfect gentleman," Merrick said.

"He has also been much maligned because of his competitiveness.

"I shake my head at some of the things he has been carded for because many times if it was anyone else it probably wouldn't have even been a free kick.

"Manny has been a valuable player for our club because he can play any position in the backline and do it well and is also a very good holding midfield player.

"He is an all-round good quality player, a great competitor and good on-field leader; always committed at training and happy to do community work for the club," said Merrick.