Organisers for the 2016 Rio de Janeiro Olympics have sold fewer than half of all tickets so far with about five months to go until the first Games in South America. 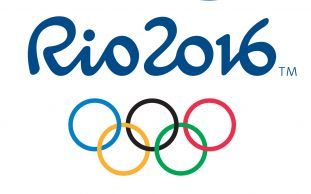 A total of 7.5 million tickets were issued for the Games which start on August 5th.

"About 47 percent of tickets have been sold," Rio 2016 communications director Mario Andrada told reporters following a progress report by organisers to the International Olympic Committee.

Brazil has been struggling with political turmoil, an economic downturn and the mosquito-borne Zika virus, which have all scrambled preparations for the Games awarded to Rio in 2009.

Andrada said ticket revenues had reached 74 percent - or $194 million - of the overall target, mainly due to more expensive passes to premium events and the opening ceremony having been sold already.

"The premium events and the opening ceremony are technically sold out," he said.

The cheapest tickets for Rio are about half the price of what they were in London 4 years ago.

The 2012 Olympics in London had reached its revenue target from ticket sales months before the start due to huge initial demand that saw more than a million applicants miss out on them.

London eventually sold 8.2 million out of the 8.5 million issued for the Games.

Andrada also said Brazil would have necessary doping legislation in place by a March 18 deadline set by the World Anti-Doping Agency to conform with global legislation, or risk leaving a $25 million testing lab in Rio unused.

He said a presidential decree would be issued on March 15, three days ahead of the deadlinem "to solve this problem" as there was no sufficient time for passage of a law through parliament first.

Organisers were also increasing water testing at Guanabara Bay, where sailing and swimming events will be held, and the lagoon that will host rowing and canoeing events in an effort to monitor water pollution there, a major concern for athletes.

Andrada said water tests would be conducted at the two sites every two days from April onwards, with daily tests planned throughout the Olympics

Despite the rush to complete preparations, Games organisers sounded confident they would deliver a successful event, saying almost all venues were ready.

"What we are promising we are doing," Games chief Carlos Nuzman told reporters. "All venues are almost around 95 percent ready. The velodrome (for cycling) needs a little more but it will be ready... at the end of April."