English footballer Adam Johnson, who was sacked by Premier League club Sunderland last month, is facing jail after being found guilty of sexual activity with a 15-year-old girl. 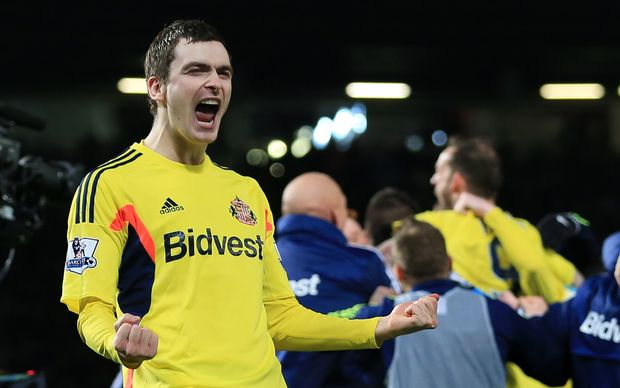 The 28-year-old winger, who has played 12 times for England, had admitted kissing and grooming the teenager at the beginning of his trial but had denied two more serious accusations of sexual activity.

A jury at Bradford Crown Court in northern England cleared him of one of these charges but convicted him of the other.

He will be sentenced at a later date.

"In our football-obsessed region Adam Johnson had a responsibility as a professional footballer to be a role model, a role he did not fulfil," Detective Inspector Aelfwynn Sampson told reporters outside court.

In a statement issued through the police the girl, who cannot be named for legal reasons, said she had suffered abuse and felt used.

"He was my favourite football player at Sunderland, a club I was a massive supporter of," she said in the statement. "Him being found guilty and pleading guilty shows everyone that I was telling the truth."

Sunderland sacked Johnson after he entered his guilty pleas but the club has been criticised for not taking action sooner. In a statement, the club said it had been acting on legal advice.

"Had the club known that Mr Johnson intended to plead guilty to any of these charges, then his employment would have been terminated immediately," Sunderland said.

Sportswear firm Adidas also cancelled its boot contract with the midfielder after his guilty pleas.

Johnson, who began his career at Middlesbrough and also played for Manchester City, joined Sunderland for 15 million dollars in 2012 on a four-year contract.

He had been a regular for the northeast side this season and scored in his last appearance in a 2-2 draw with Liverpool last month.