The All Blacks and former first-five Dan Carter have both been nominated for the Laureus World Sports Awards. 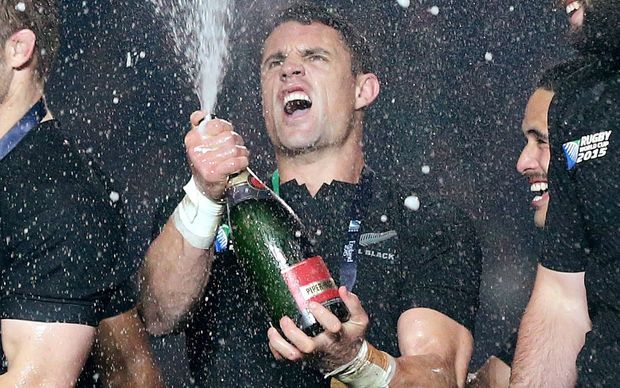 The All Blacks have been nominated for the sixth time for the Laureus World Team of the Year Award after becoming the first team to win back-to-back Rugby World Cups and the first to win the competition three times.

Led by coach Steve Hansen and captain Richie McCaw, who retired afterwards as the most capped player in Test history, they were inspired by Dan Carter, who was named Rugby Player of the Year.

Carter himself has been nominated for the Laureus World Comeback of the Year Award. He missed most of the 2011 Rugby World Cup and has struggled with injury problems. In the final he kicked four penalties, two conversions and a drop goal and was named Man of the Match.

Carter said: "It's a huge honour, I know a lot about Laureus and the amazing work they do and the special Awards Ceremony they have. It's nice to be recognised for the year I had in 2015, it was a very special year, not only for me but also for the All Blacks and to be a part of that was amazing."