Jonah Lomu's doctor has reportedly denied claims the rugby superstar took creatine, a supplement that a former team-mate believes could have contributed to the All Black's health problems. 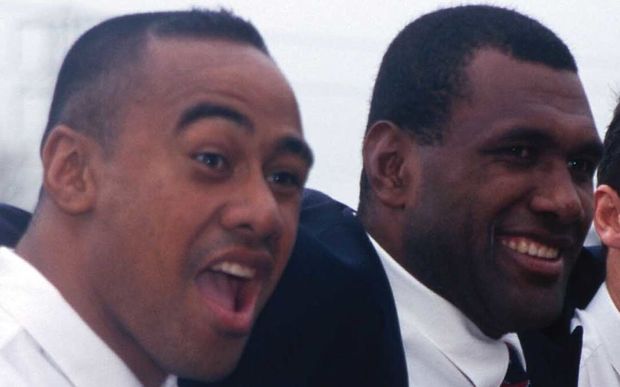 Jonah Lomu and Joeli Vidiri after the naming of the All Black team, 1998. Photo: PHOTOSPORT

British newspaper The Telegraph is reporting Lomu's former Blues and Counties-Manukau team-mate, Joeli Vidiri, said he and his fellow All Blacks winger took creatine at the Super Rugby franchise in the 1990s.

Vidiri said the whole team was using the legal supplement, to increase bulk and power.

"We used to be given a really big container of it [creatine] every few months," Vidiri said.

"Instructions were written on the back and we would take the container away with us.

"We used to mix it with water and it would puff you up. I can't remember how much we would take anymore. We took it before we trained and after, too.

"Jonah would take it, too, though maybe not as much, because he was already on the drugs for his kidney condition.

"We took it from 1997 onwards. We used to have a corner in the dressing room where we'd sit together.

"... I stopped taking creatine when we started to get worried about what it was doing to us. As soon as there were rumours about it, I stopped." 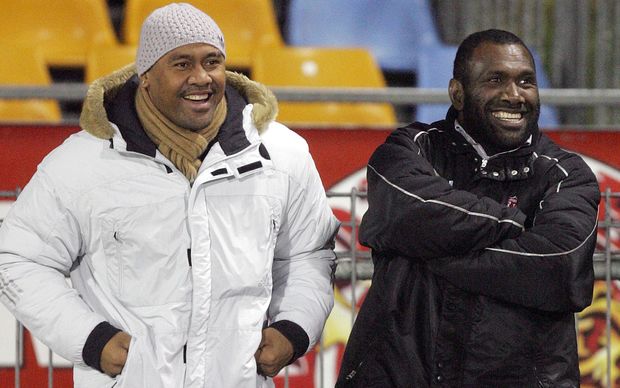 Lomu and Vidiri both ended up suffering nephrotic syndrome, a rare kidney disease which resulted in both players needing dialysis.

Lomu died after a heart attack last November aged 40. His death was also linked to his ongoing kidney problems.

However Dr John Mayhew, Lomu's personal doctor who also lead the All Blacks medical team when Lomu and Vidiri were in the side, denied the rugby legend took the supplement.

"We knew he had a renal impairment for most of his career, so he definitely wasn't taking it. It is not a banned substance, but as a rule of thumb I advise anyone with kidney problems not to take it."

He said there was evidence "massive people are more predisposed to nephrotic syndrome" and research had shown that Polynesians had a higher predisposition towards the condition than average.

Vidiri told the British paper there were pressures to perform and everyone was looking to gain an edge.

"We were good mates. When you're young, you're so desperate to be up there, to get anything that can help you move forward with your rugby career. There was a lot of pressure on us, because we had to perform. We'd just started to be paid, it was semi-professional. We had to perform week in, week out.

"For the Blues, you had to perform to be in the starting line-up the next week. The supplements were part of that because you wanted to get stronger. The game was getting tougher and faster. You wanted something to help you improve in your rugby career."