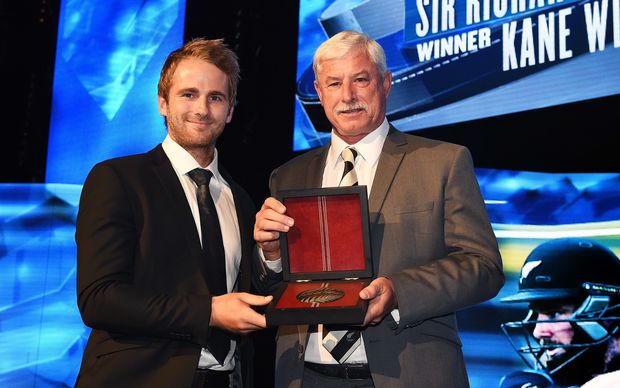 Williamson, last week named the New Zealand Sportsman of the Year at the 2016 Halberg Awards, was also named the Test International Player of the Year, and won the Redpath Cup for first-class batting.

The latest swag of awards came on the back of an outstanding year for the 25-year-old Williamson, who - following the retirement of Brendon McCullum, will next month captain the Black Caps at the ICC World Twenty20 in India.

Williamson scored five Test centuries in the period judged; set a New Zealand record for the number of Test runs scored in a calendar year, and just before Christmas rose to become the ICC's number one ranked Test batsman.

At the awards Brendon McCullum was formally farewelled by NZC and also presented with his ICC Spirit of Cricket Award, and the White Ferns' Sophie Devine recognised for her word record fastest T20 century, scored against India.

Martin Guptill was named both the ODI and T20 Player of the Year, and Trent Boult won the Winsor Cup for first-class bowling. 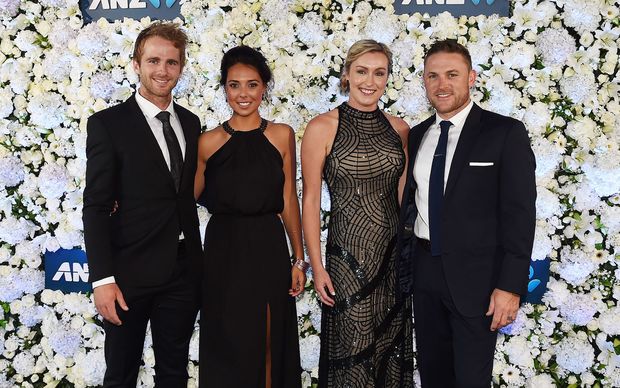 White Ferns captain Suzie Bates, who scored a century in the final Rose Bowl ODI at Mt Maunganui this week, capped off another prolific year of run-scoring by being named the International Women's Player of the Year.

Volunteer of the Year: Bryan Haggitt