Australia vice captain David Warner has accused New Zealand cricket fans of going "too far" in their abuse of the tourists during the two-test series which concluded this week. 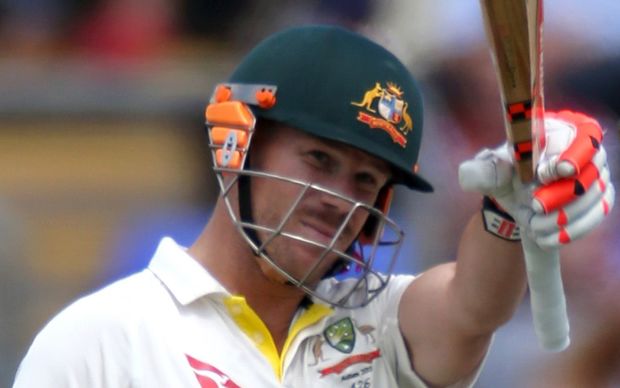 Both captains paid tribute to the spirit in which the series, which Australia won 2-0, had been played but Warner suggested that goodwill had not extended to the stands at Wellington's Basin Reserve and Hagley Oval in Christchurch.

"Some of the stuff was pretty derogatory and vulgar," Warner told reporters.

"You get your odd banter here or there, but when they're talking about people's families it takes it a little bit too far.

"We don't expect to wake up and be hounded for six or seven hours," he added.

"The upsetting thing was I know if my two daughters were in the crowd, I wouldn't want them listening to that kind of stuff."

While New Zealand have prided themselves on playing the game in the right spirit over the last couple of years, Australia have maintained a reputation for on-field aggression.

Australia captain Steve Smith was fined 30 per cent of his match fee after an angry exchange with umpire Ranmore Martinesz on day four of the second test.

Warner, once the self-confessed "attack dog" of Australia's sledging effort, said Australia would continue to play the game their way.

"We have a passionate brand," Warner added. "If you look back at the history of Australian cricket we have an aggressive style.

"We've got keep playing our brand of cricket and not stepping over that line."