Hurricanes captain Dane Coles has withdrawn from the side to play the Brumbies in their Super Rugby opener in Canberra on Friday night after suffering a minor calf strain in training. 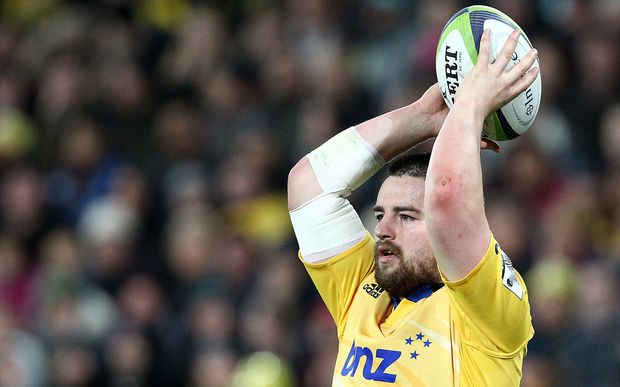 Dane Coles playing for the Hurricanes in the 2015 Super Rugby season. Photo: PHOTOSPORT

Leni Apisai will take Coles' place at hooker for the team's opening match of the season with Ricky Riccitelli coming into the reserves.

Coles' injury is not related to the hamstring strain that kept him out during the preseason.

His calf injury occurred in the closing stages of the team's captain's run in Wellington today.

Coles was this morning named to lead the Hurricanes into the opening round of the season after recovering from a hamstring strain.

The 29-year-old World Cup winner missed all three of the Hurricanes pre season matches due to either injury or unavailability.

Brad Shields returns from injury to form the looseforward lineup with Victor Vito and Ardie Savea.

Coles and Shields are the only two changes to the side that started last Saturday's 74-7 preseason win over the Crusaders in Blenheim.

Ngani Laumape and Vince Aso get the nod in the hotly contested midfield vacated by Hurricanes greats Ma'a Nonu and Conrad Smith, with Willis Halaholo providing back up from the reserves.

Laumape and Aso will be two of five players making their Hurricanes debut in Canberra along with reserves, hooker Leni Apisai, prop Loni Uhila and former Blues player Jamison Gibson-Park.

Hurricanes coach Chris Boyd said he was satisfied his side were in a good space after riding through some injury disruptions during the preseason.

"There are still a couple of guys on the sidelines, but I'm more than happy with the squad we will run out against the Brumbies.

"The guys have put in some hard yards over the preseason and they've worked very hard. A lot of the guys put their hands up against the Crusaders last week in Blenheim, but we know that won't count for much if we can't carry that momentum into the season proper."