The New Zealand cricketers are struggling after three days of the second Test against Australia with Brendon McCullum batting for the last time for his country.

The Black Caps have ended the day on 121 for 4 in their second innings, still trailling by 14 runs. 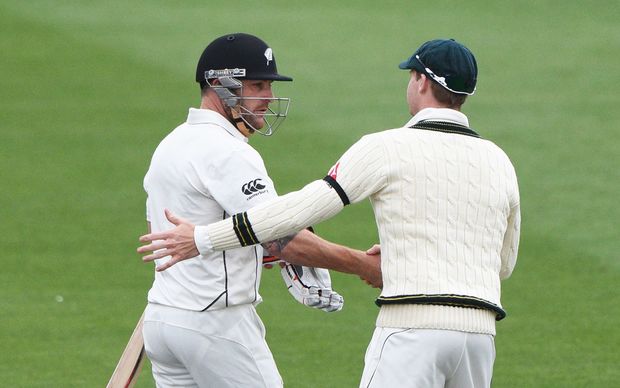 Look back at live commentary here

Kane Williamson, 45 not out at the close of play at Hagley Oval, appears the last hope for the hosts with Corey Anderson on nine.

Australia, who were dismissed for 505 earlier in the day for a 135-run lead, comprehensively won the first game of the two-match series in Wellington and only need to draw the second to seal the number one ranking in test cricket.

Pattinson, who had Martin Guptill out for a duck before tea, also dismissed Tom Latham (39) and Henry Nicholls (two) after it as clouds, strong winds and cooling temperatures gave the Australians the perfect conditions to swing the ball.

Josh Hazlewood grabbed the other wicket when the retiring Brendon McCullum was brilliantly caught by David Warner at short mid-wicket for 25, a ball after he had belted his 107th test six over square leg.

The 34-year-old McCullum, who scored the world's fastest test century from 54 balls in the first innings, was given a standing ovation back to the pavilion. 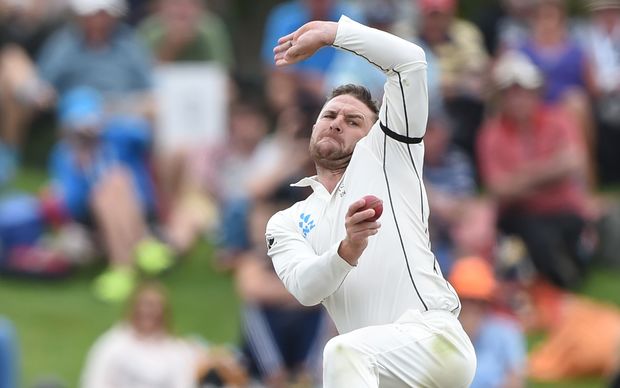 Brendon McCullum has a bowl in his last Test 2016. Photo: PHOTOSPORT

He ends his career having scored 6453 runs at an average of 38.64 with 12 centuries, 31 half centuries and a top score of 302, the only test triple century by a New Zealander.

Latham and Williamson had steered New Zealand to 43 for one in their second innings at tea after the hosts had finally dismissed Australia about an hour after lunch when they took five wickets.

The visitors had gone to lunch at 455 for five before Neil Wagner added the wickets of Adam Voges (60) and Mitchell Marsh (18) to the two he took on Sunday.

Wagner then completed his second five-wicket haul when he had Peter Nevill caught by wicketkeeper BJ Watling for 13, and then Hazlewood caught at first slip by McCullum for the same score.

Wagner finished with career-best figures of 6-106. 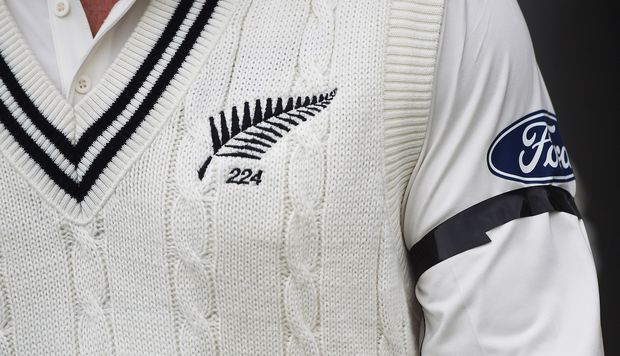 Brendon McCullum wears a black armband in remembrance of the Christchurch earthquake of February 22, 2011. 2nd Test vs Australia 2015. Photo: PHOTOSPORT

Spectators at the venue observed a minute's silence at 1251 (2351 GMT) to commemorate the fifth anniversary of a devastating earthquake in Christchurch that killed 185 people.