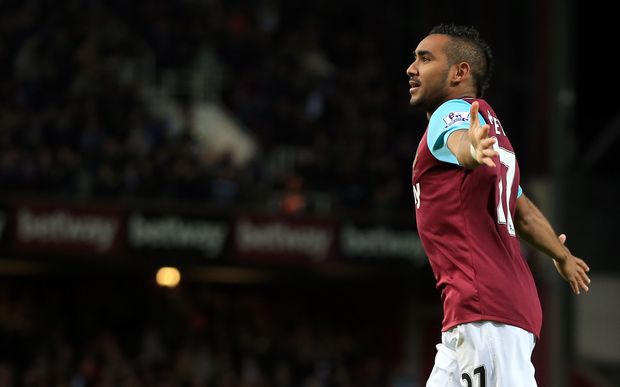 West Ham did it with a 5-1 romp at second-tier Blackburn Rovers, while Chelsea thrashed a second-string Manchester City 5-1 in a one-sided FA Cup fifth round tie at Stamford Bridge.

West Ham were given an early jolt when Ben Marshall's low shot put Rovers ahead but they responded in emphatic fashion with goals from Victor Moses and Dimitri Payet before half-time and a brace from Emmanuel Emenike and another classy Payet effort after the break.

Nigerian Emenike could have claimed a hat-trick late on when he slammed a shot against the post after some nifty footwork.

Both sides ended with 10 men with Blackburn losing Chris Taylor for a second yellow card after a trip on Moses and the Hammers having to do without Cheikhou Kouyate for the closing stages after he was shown a straight red for tripping Adam Henley.

Chelsea thrashed a weakened Manchester City as interim manager Guus Hiddink closed in on a repeat of his 2009 achievement.

Goals from Diego Costa, Willian, Gary Cahill, Eden Hazard and Bertrand Traore underlined Chelsea's superiority against a much-changed City side who were level at the interval after David Faupala scored an equaliser against the run of play.

A full-strength Chelsea could even afford the luxury of a missed penalty when Oscar's kick was saved by City's second-choice keeper Willy Caballero.

With champions Chelsea mid-table in the Premier League, the FA Cup represents their only chance of domestic honours this season, although they are still in the Champions League last 16, having lost the first leg to Paris St Germain in midweek.

Dutchman Hiddink, who replaced the sacked Jose Mourinho in December, won the FA Cup in his last game in charge of Chelsea seven years ago, having similarly been put in charge on a temporary basis in the wake of Luiz Felipe Scolari's dismissal.