The New Zealand women's sevens team experienced ecstasy and agony in the space of a few hours on the final day of the Sao Paulo leg of the World Series. 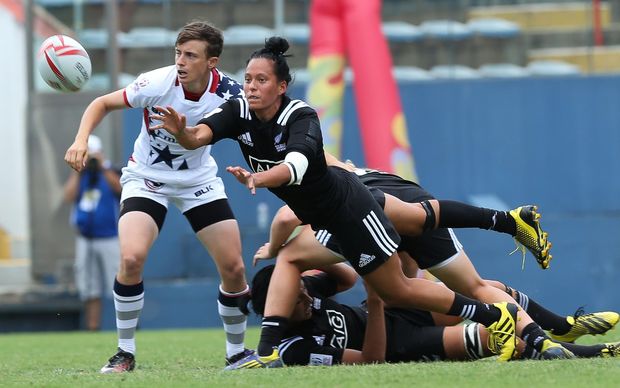 Tyla Nathan-Wong of New Zealand launches the ball during their win over the USA in pool play. Photo: FotoJump

New Zealand picked up the bronze medal by beating the USA 28-nil.

The reigning World Series champions crushed hosts Brazil 41-0 in the quarter-finals before being stunned 19-10 by Canada, who were beaten by series' leaders Australia in the final 29-nil.

New Zealand have jumped to second in the overall standings on 28 points, behind Australia, who are well out in front on 40, while Canada are third.

Before being dumped out in the semis New Zealand were looking ominous - having thrashed Russia 40-10 in their final pool game to sweep their group, following big wins over Spain and Canada.