The New Zealand women's cricket team have beaten Australia by nine runs in the first of three one-day internationals at Mount Maunganui. 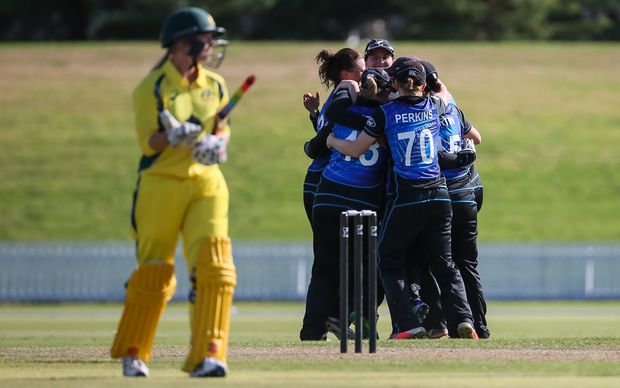 The White Ferns celebrate their victory in the 1st match of the Rose Bowl ODI series. Photo: PHOTOSPORT

Defending a meagre total of just 202, the White Ferns dismissed Australia for 193 with two balls remaining in the match.

The New Zealand captain and opening batsman, Suzie Bates, lost the toss and was sent in to bat on Bay Oval before being run out for 43 off 61 balls. 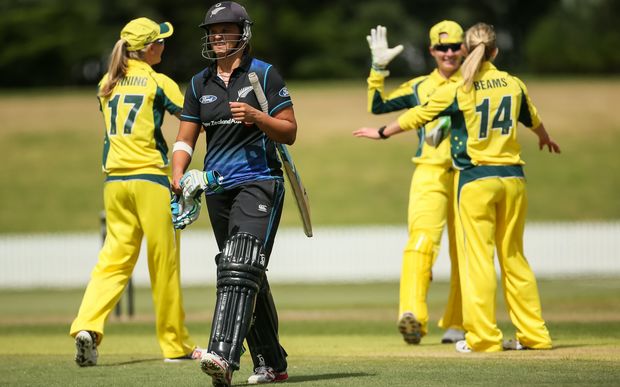 The White Fern Amy Satterthwaite top scored with 72 from 88.

In reply, the Australian openers Nicole Bolton (27) and Beth Mooney (53 on debut) made a solid start to the run chase, with number four batsman Ellyse Perry (51) also passing 50.

But the runs dried up for the tourists as Lea Tahuhu and Erin Bermingham each claimed three wickets.

The second match is on Monday.