Netball may be about to move to join basketball in having three-point shots. 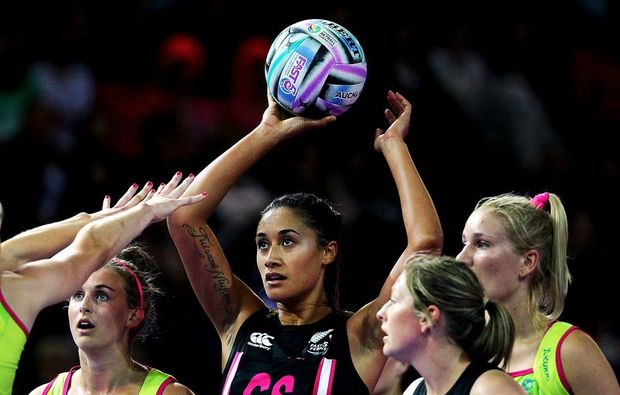 Maria Tutaia, seen here in the Fast5 tournament in 2013, is deadly from long range Photo: Photosport

Some new rules will be trialled in the ANZ Championship Pre-Season Shootout, which will be played simultaneously at Auckland's Trusts Arena and Sydney's Olympic Park from 18-20 March.

A three-point scoring zone and rolling interchange are among the rules that will be trialled during shortened games consisting of two 10-minutes halves, to be played on Sunday afternoon in both cities.

Each team will play six games during the three-day tournament, with all teams playing two games under Sunday's trial conditions.

The top two teams in each city - based on the results of those matches - will then feature in a final to determine the winners of the Auckland and Sydney Shootouts.

Three-point shots were used in the Fast5 World Series competition, last held in Auckland in 2014 (as well as two-point shots from outside the smaller one-point shooting circle) with five-a-side international teams playing shortened games.

It was vital to trial rule innovations that would continue to develop netball "as a premium entertainment product" as the sport moves forward into 2016 and beyond, ANZ Championship general manager Andy Crook said.

"The Sydney and Auckland Shootouts will provide the perfect lead into round one," Crook said.

"And we believe the trialling of such rules as the three-point 'super shot' will create interest and a great spectacle for the crowds and TV audiences as stand-out long distance shooters such as Maria Tutaia, Erin Bell, Jodi Brown, Jo Harten and Natalie Medhurst show off skills unique only to netball."

"The Shootout provides the perfect platform for the innovations to be trialled in a word-class environment."

The Trusts Arena will welcome the Waikato Bay of Plenty Magic, the Southern Steel, the Northern Mystics, the Adelaide Thunderbirds and reigning champions the Queensland Firebirds

It's the first time since 2012 that New Zealand has hosted the event.

England netball captain Jade Clarke will play for the Adelaide Thunderbirds in the looming trans-Tasman championship.

Clarke, who has played 126 Tests for England, has switched from the New South Wales Swifts, who she played for last season.

Clarke has signed with Adelaide as a replacement for Renae Ingles, who recently announced her pregnancy with twins.

"I'm very excited to join the Adelaide Thunderbirds, a team with such a successful legacy," Clarke said in a statement.

"From my experience it is always very tough playing against the Thunderbirds."

The experienced 32-year-old is a ready replacement for Ingles' wing defence slot.