PSG striker Edinson Cavani scored with a clinical finish four minutes after coming on late in the second half to secure the win. 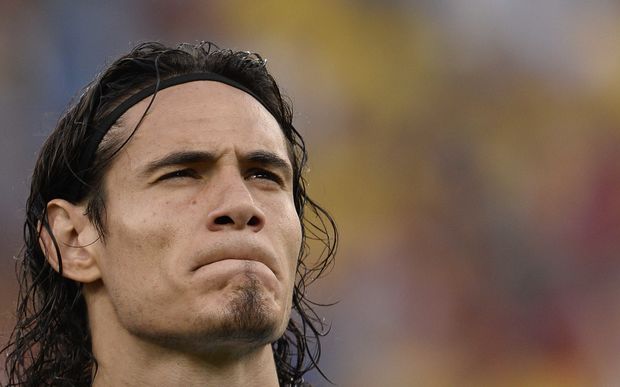 The Uruguay forward, who has frequently been criticised by French media, fired a low angled shot past goalkeeper Thibaut Courtois in the 78th minute after John Obi Mikel had cancelled out Zlatan Ibrahimovic's opener at the end of the first half.

PSG, who did not appear shaken by the scandal surrounding defender Serge Aurier after he was suspended by the club for insulting coach Laurent Blanc and several team mates, knocked Chelsea out on away goals at the same stage last year after the Blues prevailed the previous season in the quarter-finals.

It was Chelsea's first defeat in 13 games since Dutchman Guus Hiddink took over from the sacked Jose Mourinho but the London club were a tough nut to crack and they will fancy their chances in the return leg at Stamford Bridgeon March 9th.

Meanwhile Brazilian Jonas struck with a stoppage-time header to end 90 minutes of frustration for Benfica as they beat an ultra-cautious Zenit St Petersburg 1-0 at home in their first leg tie.