Football Federation Australia has announced a new set of procedures to cover cases where fans are banned for bad behaviour, including an appeals process against such bans.

The move follows a series of incidents at A-League matches, and controversy over the lack of an existing appeals process to cover the 198 fans currently banned by the league. 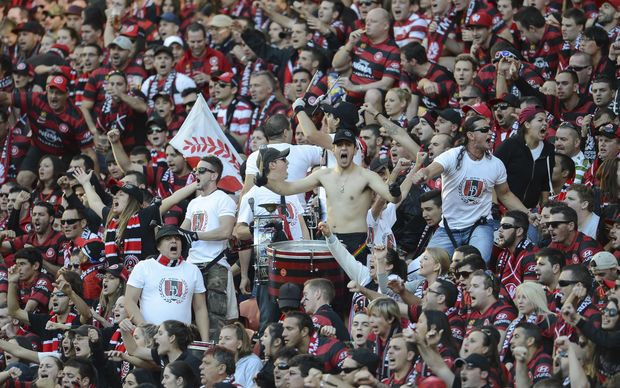 Under the new procedure, the FFA will introduce an "intention to ban" notice, giving people an opportunity to make a submission to defend themselves against a ban.

They will also be able to provide evidence in support of their case to be considered by the FFA, before a decision is made.

For its part, the FFA will provide access to fans to all evidence that they are legally allowed to disclose to them in relation to their case.

If material cannot be released, it will be identified as will the reasons for it remaining unavailable to fans.

If banned, fans will be able to appeal the decision to a three-member panel - the Football Independent Banning Appeals Committee - taken from a pool of 12 leading barristers and legal practitioners.

The group of 198 fans who are currently banned by the FFA will be able to challenge the decision to the new committee if they dispute that they took part in alleged conduct for which they are banned.

"We were determined not to make a knee-jerk response to this complex issue," Lowy said.

"The result will provide a more comprehensive process to those facing bans because of anti-social behaviour and delivers on the commitment made by FFA in its meeting with fan groups in December last year.

"At the same time it underscores the paramount duty of FFA to provide a safe environment for all true football fans and maintains our policy of zero tolerance for anti-social behaviour."

Gallop told the media that the board had also discussed a flare management system for league matches.

The FFA chief said that the system was not yet finalised.

Earlier on Monday, the FFA issued a show-cause notice to Melbourne Victory over their fans' use of flares at the Melbourne Derby game against Melbourne City on Saturday night.