Olympic cycling medallists Hayden Roulston and Simon van Velthooven have missed out on the team for next month's UCI track world champs but selectors say they will have every opportunity to push for Rio. 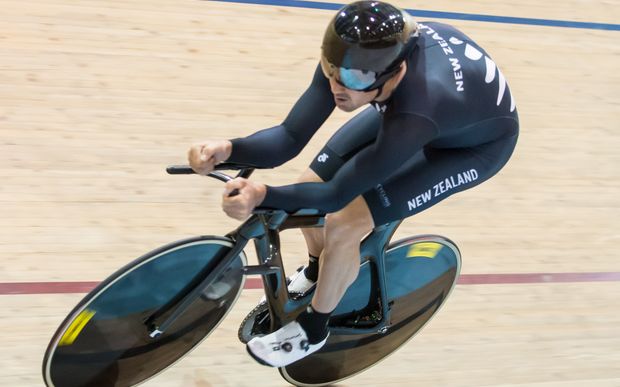 Cycling New Zealand has named an 18-strong team to contest the UCI Track World Championships that begin in the London Olympic velodrome in just over two weeks' time.

Selectors have opted for in-form riders while also taking the opportunity to blood some younger riders, but have left the door widely open for all riders looking ahead to the Rio Olympics.

Cycling New Zealand High Performance Director Mark Elliott said their ultimate goal was to have the fastest riders selected to compete in Rio in August.

"That said, while we will be expecting to perform strongly in London, it also presents a gilt-edged opportunity to test our systems, tactics and ideas and trial new riders against the best in the world."

"We can't do this in Rio, so London is also a testing ground at the highest level as well."

The tightest selection has been for the men's endurance squad where the world champion quartet of Piet Bulling, Alex Frame, Dylan Kennett and Marc Ryan has earned selection along with 2009 world omnium champion Aaron Gate.

Two young riders have been selected for the first time. Southland's Nick Kergozou has been picked as an option for the omnium while former junior world Madison champion, Luke Mudgway has impressed throughout the season.

"Hayden has trained well and is producing the numbers and the door is far from closed. He has made big gains over this training phase, but with the quality of the rest of the team we could not make a selection call with Hayden for this event," Elliott said.

The next phase through to Rio would create opportunities for Roulston to build on the gains Roulston had made through early 2016, Elliott said, and he expected Gough to be back to full health and a real contender for Rio, after being a key part of their world championship-winning squad last year.

"The competition within the sprint team is immense and Matt has earned that right for our needs at present. Again Simon has shown real improvement and will have every opportunity to push for a place in the Rio team to defend his keirin medal," Elliott said.

Waikato's Racquel Sheath earned her place back in the team after winning both bunch races titles at the nationals.

Sheath will join the women's team pursuit with the experienced Lauren Ellis earning the nod to compete in the omnium.

"The firm focus for Natasha at the world championships will be the individual sprint and keirin, which gives us the opportunity look forward with our team sprint combination and give Olivia her chance at the highest level," Elliott said.

Cycling New Zealand was in the rare position to be on target to qualify a full team on the track for Rio, which had also figured in their selection plans, Elliott said.