English football champions Chelsea have thrashed Newcastle United 5-1 in London to climb up to 12th and send the visitors into the Premier League relegation zone.

Chelsea extended their unbeaten run under caretaker manager Guus Hiddink to 12 games in their most convincing display of the season on Sunday. 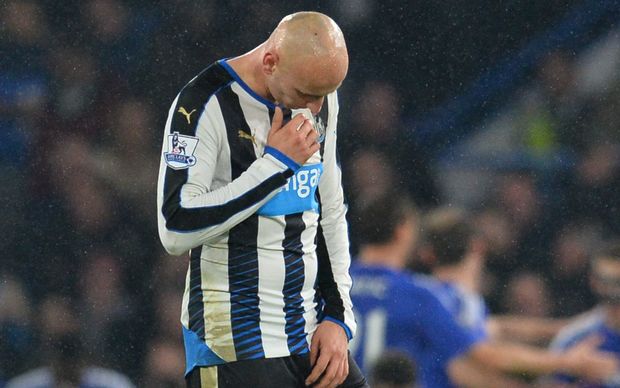 A masked Diego Costa, who broke his nose in training, slotted Chelsea in front after five minutes and the Blues were three ahead with 17 minutes on the clock after Pedro and Willian punished lackadaisical Newcastle defending.

Newcastle staunched the goal flow until the hour mark when Cesc Fabregas's pass sent Pedro away to make it 4-0 before Bertrand Traore added a fifth.

Andros Townsend grabbed a late consolation for Newcastle, who now find themselves in the drop zone in 18th place on goal difference behind Norwich, who capitulated late on to draw 2-2 with visiting West Ham United, after looking poised for a first league win in six attempts.

David de Gea's late own goal earned Sunderland a 2-1 win over Manchester United and a vital three points in their bid for Premier League survival.

Tunisian Wahbi Khazri gave the hosts the lead after three minutes when his wide free kick from 30 metres eluded everyone on its way to the far corner of the net.

De Gea made fine saves to deny Dame N'Doye and Lamine Kone but the Spanish keeper failed to deal with Kone's powerful header eight minutes from time, deflecting the ball over the line to leave United six points behind fourth-placed Manchester City. 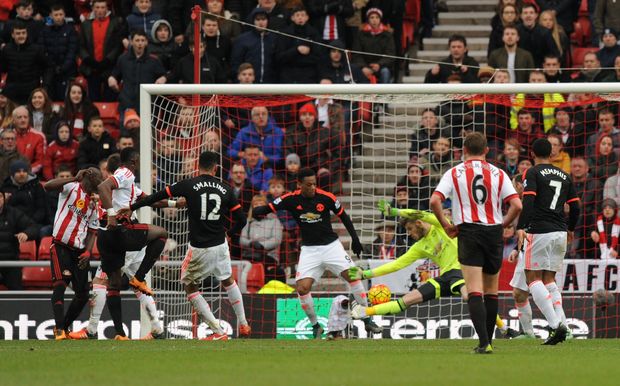 United manager Louis van Gaal admitted it would be very hard to finish in the top four after his team's insipid loss at Sunderland.

The experienced Dutchman, who is under great pressure to retain his position in the Old Trafford hot seat, cut a disconsolate figure after the game at the Stadium of Light.

"It will be very difficult to make the top four," Van Gaal told BT Sport. "It is too much at this time."

"You have to win these kind of games and we didn't win," Van Gaal said. "We can only blame ourselves. Two set-plays and two goals."

Elsewhere, Swansea City suffered their first loss under new coach Francesco Guidolin to stay mired in relegation trouble after a tepid display in a 1-0 home loss against Southampton.

West Bromwich Albion produced a dogged defensive performance after grabbing an early goal to snatch a 1-0 win at Everton.

Stoke City ended a poor recent run with a clinical 3-1 victory at Bournemouth.