The New Zealand Breakers have made the Australian basketball playoffs with a 100-63 home win over visiting Melbourne United. 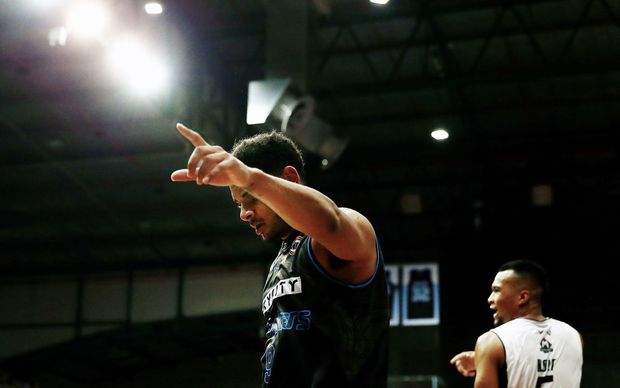 The Breakers' fourth straight win, combined with Adelaide's 106 to 93 defeat by the Illawarra Hawks in Wollongong, was enough to book the final playoffs place, with one regular season game remaining.

They'll face the minor premiers in Melbourne on Sunday and again in the semi-finals, though it'll be a different United side to the one they destroyed at the North Shore Events Centre on Friday night - United rested three of their starting stars: leading scorer Chris Goulding, power forward Hakim Warrick and versatile centre Daniel Kickert.

The Perth Wildcats will play the Hawks in the other semi series.

It was just the second time the Breakers have broken 100 points this season, and they did it in some style as they ended their regular season home games with their biggest winning margin of their season.

And the demolition job was just a point shy of the biggest win in the entire NBL season (Illawarra's 108-70 home thrashing of the Townsville Crocodiles in round eight).

The Breakers eased out to a 19-point lead with their 53-34 advantage at half-time and the game was basically done and dusted by the end of three quarter time, when the hosts led 84-47. 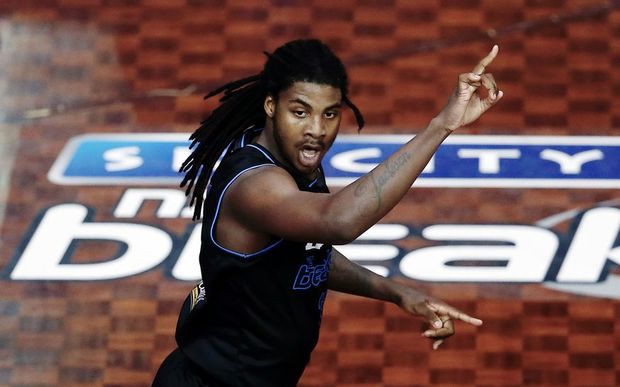 Forward Charles Jackson top-scored with 18 points and a double double with 11 rebounds too, while both guards Cedric Jackson and Corey Webster hit 17 points.

Cedric Jackson in particular controlled things and scored with ease, hitting four of six three point attempts as the Breakers eclipsed the usually deadly Melbourne side from range, banging home 10 of 22 long distance shots to the visitors' four of 21.

"We take a lot of confidence into the playoffs, for sure," said head coach Dean Vickerman.

"We have been building for some weeks now after digging quite a hole for ourselves with the losing stretch. But this group has always found ways to win and win under pressure, this recent run has proved that yet again. We will go into the post-season fearing no one and we are happy in our match-ups with Melbourne."

It was a night to mark the pending end of their Breakers careers for Vickerman and general manager Richard Clarke, with presentations made to both before the game by owners Paul and Liz Blackwell.

"Tonight was great... a perfect send off for Dean and Richard, both have given so much to the club," Abercrombie said.

"It was important they got the appropriate night to celebrate their many years with the club and the roles they have played in building what we have here, which is something very special."

Both men have more work to do now with the post-season looming, and Vickerman admits he may not play his top roster on Sunday for as many minutes as usual.

"Sunday may well be the chance to rest a few guys, I would like to play them all but on restricted minutes," the coach said.

"The focus now is obviously on later in the week, in some ways it is not ideal to be playing what could be a five-game run against the same opponent, but that is the way of the draw and couldn't be predicted at the start of the season. But we are building nicely, the guys are playing with confidence and know what to do at this time of the season."

Abercrombie echoed that confidence and was delighted the team could put on a show in front of a sold out North Shore Events Centre.

"We are enjoying the run and having fun right now with the way we are playing," Abercrombie said.

"It is great to have Ced back to his best now his body is right, our bigs are dominating and Corey is shooting it as good as he has all season and we are getting great contributions throughout the roster."

The team travels to Melbourne today and is available at Auckland International Airport for media interviews. Further details about the week ahead will be distributed following Sunday's game, it is likely however that the team will stay in Melbourne to prepare for game one of the semi-final series and not return to Auckland in between games.