The Buller cricket side's fairytale ride to capture the Hawke Cup turned nightmarish on day one of their first defence.

At the end of play challengers North Otago were in a commanding position after batting first and then dismissing the home side for 60 at a picture-perfect Craddock Park in Westport. 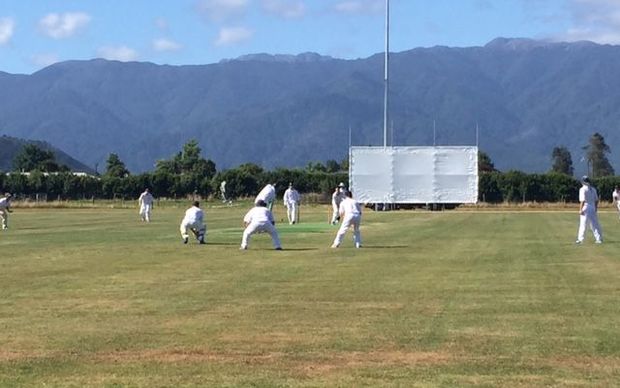 Buller in the field against North Otago in the Hawke Cup Photo: Glen Scanlon / RNZ

Earlier in the day, Buller looked to have seized the initiative from the visiting team returning from lunch to dismiss them for 143.

After their departure wickets fell apace. Scanlon returned figures of four for 34 off 24 overs, while Harvey claimed two for nine off nine overs.

However, through a combination of some tight bowling and poor batting North Otago managed to get one hand on the trophy and claim the first-innings win.

Opening bowler Francois Mostert finished with figures of seven for 22 off 12 overs.

North Otago will return on day two with an 83-run lead and the opportunity to bat Buller out of the match. The home side, meanwhile, must claim early wickets to have a chance of retaining the trophy through an outright win.

Buller, the country's smallest union, claimed the cup, the symbol of supremacy in provincial cricket, for the first time after a dramatic win over Canterbury Country two weeks ago. 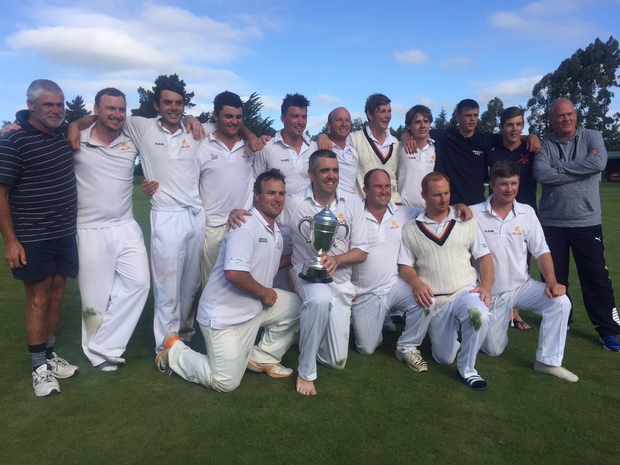 The Buller team with the Hawke Cup. Photo: SUPPLIED