Lydia Ko has finished her first round of the New Zealand Open at three under. 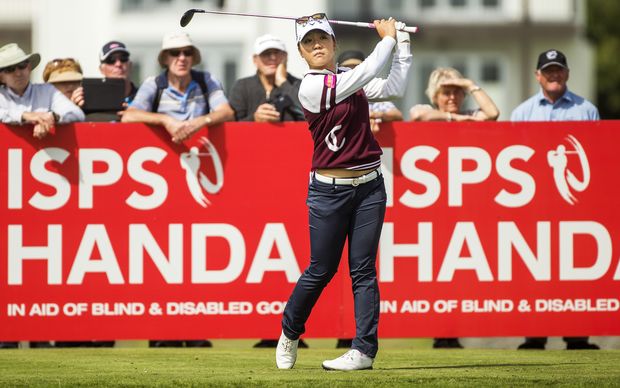 The world No.1 women's golfer mixed five birdies with two bogeys in her round of 69 to finish three strokes off the pace.

The 18-year-old defending champion saved some of her best shots for last, and she made a 20-foot birdie putt on the par three ninth to close her day out.

Denmark's Nicole Larsen leads the Open after the first round, she shot a six under 66 that included seven birdies and one bogey on the par five fifth.

Larsen is a shot clear of France's Justine Dreher.