World Rally Championship organisers have decided against cancelling this weekend's Rally Sweden instead revamping the route as warm weather melts the snow. 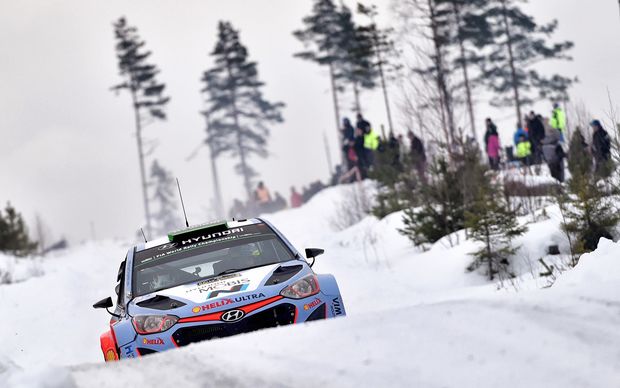 Rally Sweden is the only pure winter event of the WRC season with cars using special studded tyres on frozen roads covered with snow and ice.

However, rain and daytime temperatures of around four degrees Celsius in the region around Hagfors had triggered fears that the studded tyres would damage the soft surface and make conditions too dangerous.

Organisers have submitted a revised route cancelling the opening super-special stage among others.

Colder weather is forecast for later in the week.

The New Zealand driver Hayden Paddon hit a tree in the opening round in Monte Carlo last month and finished near the rear of the field.