The Denver Broncos are the new Super Bowl champions after they beat favourites the Carolina Panthers 24-10 to win the Broncos' third championship in San Jose. 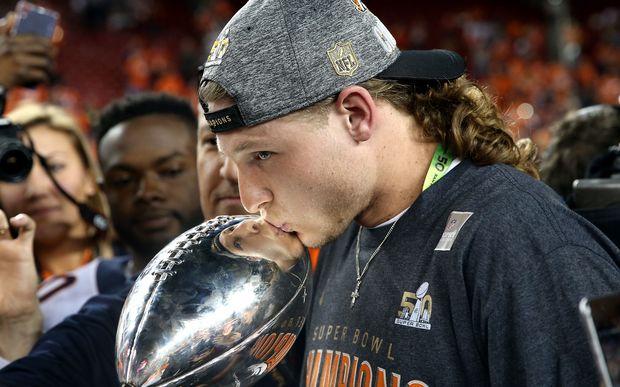 In an NFL showpiece dominated by defence, the Broncos surged to a 10-0 lead and never trailed as they held the league's highest-scoring offence in check en route to capturing their first Super Bowl title in 17 years.

Broncos outside linebacker Von Miller was named the Most Valuable Player after forcing a pair of fumbles from Carolina quarterback Cam Newton that led to touchdowns. 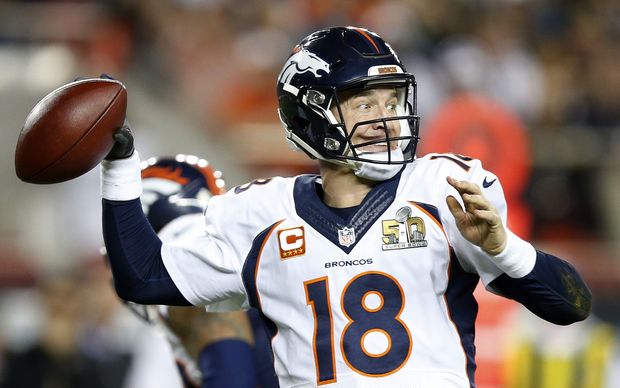 Peyton Manning in what could be his NFL swansong in Super Bowl 50 Photo: AFP

Denver's 39-year-old Peyton Manning, playing in what could be the final game of his storied NFL game, added another line in the record books as he is now the oldest quarterback to play in a Super Bowl and first to reach 200 wins in the NFL.

But it was the top-ranked Denver defence that can claim credit for the victory in Super Bowl 50, after holding the league's highest-scoring offence to a single touchdown and 10 points.