Warriors centre Konrad Hurrell has admitted he risks a lengthy ban unless he changes his running style after yet another kneeing incident at the NRL Auckland Nines. 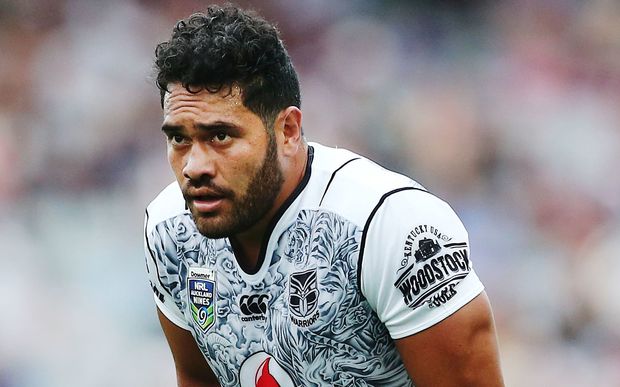 Hurrell was lucky to escape suspension after kneeing Manly prop Jake Trbojevic in the head during a pool match on Saturday, with the young star ruled out of the rest of the tournament with concussion.

Trbojevic had to be taken from Eden Park in a medicab after the blow to the head as Hurrell hit the ball up, raising his knees as he met the defensive line.

The 24-year-old powerhouse was embroiled in a similar incident last year in which he broke the jaw of Cronulla back-rower Anthony Tupou.

It earned him a three-week suspension and he was ordered to change his running style.

Instead of charging Hurrell for the latest incident, the Match Review Committee deemed it fit to hand him his third "concerning act" citation for his high-knee running style in two years.

"At the time I just felt sorry for (Trbojevic), it was just my running, I was trying to run hard," Hurrell said.

"It went the wrong way and I kind of hurt the other guy.

"I was just happy I got out of it and it's another skill for me to learn, to get back and work on my running technique.

"I won't ease up when I run but I've got to go back and train hard so it won't happen to another person."

A remorseful Hurrell revealed he sought out Trbojevic to apologise in person.

After coming under the scrutiny for his technique four times over the past 24 months, Hurrell admitted he was walking a tightrope but said change wouldn't come easy.

"It would be hard for me to change it because I've been running like this since I was 12," Hurrell said.

"I guess it's not just me, there's other players that run like that.

"I guess I just need to look at it and work on it."