World Rugby are investigating New Zealand having eight players on the field when they scored a try on the stroke of full-time to snatch a draw with Australia at the Sydney Sevens. 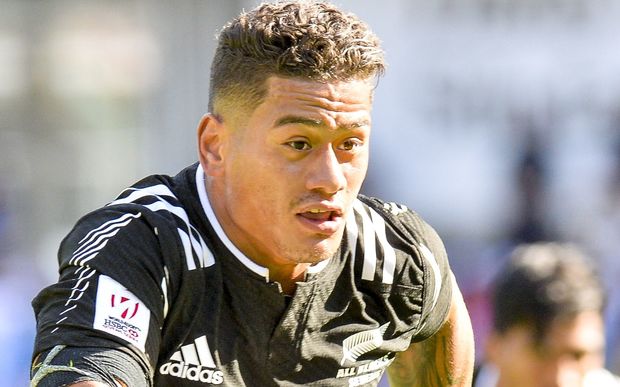 Augustine Pulu makes a break for New Zealand on day one in Sydney. Photo: PHOTOSPORT

Video footage shows eight New Zealand players on the field in the lead-up to the last gasp try in last night's final pool A match.

The 17-17 draw means New Zealand topped pool 'A' on points differential and are set to play the United States in this afternoon's quarter-finals with Australia to play England.

However New Zealand could be stripped of the win if found to have been in breach of the rules.

World Rugby have reportedly been in contact with the Australian camp since the game, however, and informed them they are reviewing the game tape regarding New Zealand having too many players on the field.

Australia are not fazed about the controversy, with an official telling NewsCorp they're happy to play England as planned.

The hosts were leading 17-10 in the dying minutes of the match and holding possession.

But a breakdown penalty and then a missed tackle out wide by Henry Speight led to New Zealand's Ardie Savea scoring under the posts in the last play of the match to deflate the home crowd.

There was a boilover in the making when playmaker James Stannard dived over just before half-time for a shock 17-5 lead.

But New Zealand, who came back from the dead to win their home tournament last week, are never out of the game and once again showed their mettle.

The Australians - beaten at the quarter-final stage at the three previous tournaments - play England today after the injury-hit English topped pool D thanks to a first half howler by USA speedster Perry Baker.

Baker burnt the defence but embarrassingly stood on the dead-ball line before dotting down in the first half, changing the momentum of a game which the Americans eventually lost 17-14.

They will play Kenya in the quarters after overcoming Argentina 19-14 in their final pool game, while the Kenyans fought bravely against South Africa, going down 26-19.

Shortnening the odds on the Flying Fijians is the fact that South Africa, to meet Argentina in the quarters, and England both suffered key injuries to be left with just three reserves.

The pace-setting Blitzboks lost captain Philip Snyman (wrist) and Kwagga Smith (shoulder), while the English will be stretched without Dan Bibby (shoulder) and Warwick Lahmert (neck).

It took until the penultimate game, but there was one upset for the fans to enjoy with Portugal skinning Canada 26-17.