World athletics governing body, the IAAF, is to investigate the authenticity of a letter signed by 10 Chinese athletes that says an Olympic coach ran a systematic doping program up to the mid-1990s. 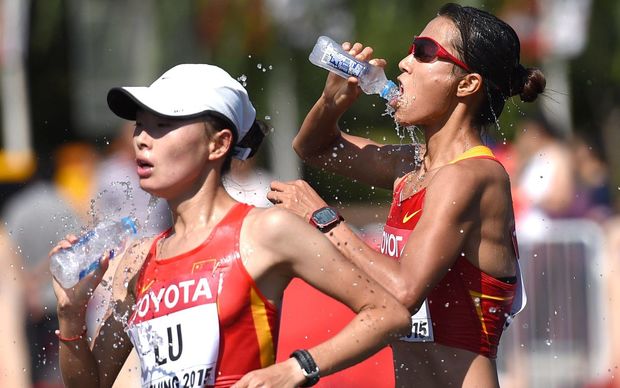 Chinese athletes compete. None of the pictured athletes are implicated in the doping allegations. Photo: PHOTOSPORT

The allegations in the document, which Chinese TV channel CCTV and other state media also reported, date back to before the IAAF presidency of Lamine Diack, who took over in 1999.

RNZ could not independently confirm the authenticity of the letter and was unable to reach Wang or the coach the document named, Ma Junren.

The letter, sent in March 1995 to journalist Zhao Yu but never previously publicised, suggests Ma ran a systematic doping programme in China some two decades ago.

The IAAF said its first action would be to verify that the letter was genuine. "In this respect, the IAAF has asked the Chinese Athletics Association to assist it in that process," it said.

An executive at the Chinese Athletics Association declined to comment.

The release of the Chinese letter comes as Diack, the former head of world athletics, is under investigation by French authorities for corruption.

According to a WADA report, Diack ran a clique that covered up organised doping and blackmailed athletes while senior officials looked the other way.

The WADA report found a "deeply rooted culture of cheating" in Russian athletics, leading to the country's athletes being banned from the sport indefinitely.

Wang, whose 1993 world records for 3,000 and 10,000 metres still stand, was among a team coached by Ma, who for years had been dogged by doping allegations.

"For many years, (Ma) forced us to take large doses of banned drugs, it was true," the letter signed by her and nine others said.

"Our feelings are sorry and complex when exposing his deeds. We are also worried that we would harm our country's fame and reduce the worth of the gold medals we have worked very hard to get."

Ma has consistently denied the drug claims and said his athletes reached such levels through hard work and natural remedies, including turtle's blood.

However, in 2000, Chinese authorities fired Ma from the Olympic team after six of his athletes failed drug tests.

The organisation confirmed that any athlete admitting to taking an illegal substance at some time prior to setting a world record would have the mark removed.