As heavily reported last month, the four-try bonus point was scrapped in favour of a point for teams who score three tries more than their opponents, a policy used in France's Top 14 tournament. 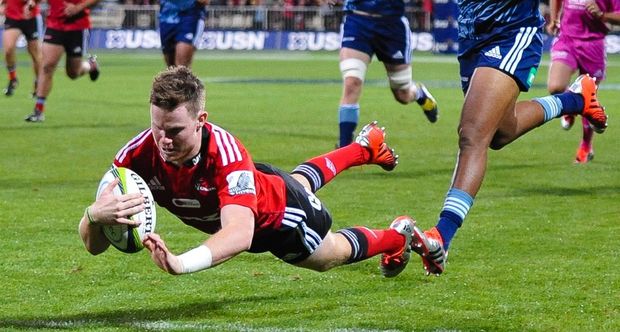 The Crusaders' Mitchell Drummond scores a try against the Blues Photo: Photosport

Teams will also be allowed to kick for touch with a penalty and play the lineout after time has expired, where previously the half- or full-time whistle would have been blown once the ball went dead.

"These law amendments, while subtle in nature, will help Super Rugby's continuing evolution as the best provincial competition in the world," SANZAAR CEO Andy Marinos said in a statement following a meeting in Australia.

"The change to the bonus point, which has been widely discussed throughout the past week as one potential innovation, has now been formally approved by the ExCo for the 2016 season.

"By implementing this change, we expect to see more attacking and competitive rugby as teams will be asked to keep their foot down for the full 80 in order to claim the try-scoring bonus point, which we have seen used to great effect in France over the past few years."

Todd Blackadder, coach of the seven-times champion Crusaders, had been critical of the bonus point changes, labelling them 'bizarre' last month and also bemoaning the lack of consultation with the clubs. 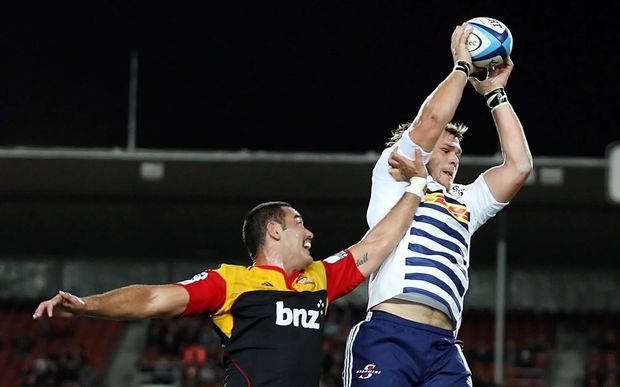 Marinos, though, defended his organisation's procedures.

"We would never impose such fundamental changes to Super Rugby without proper consultation with stakeholders but will nevertheless continue to engage our member unions and franchises and work with all teams to continue striving for Super Rugby's ongoing improvement," he said.

Rugby's governing body in the Southern Hemisphere also changed its name to SANZAAR, incorporating an extra 'a' to reflect Argentina's presence.

The 21st Super Rugby season kicks off on February 26th with the tournament expanded to 18 teams, with new franchises in Argentina and Japan and matches also being played in Singapore for the first time.