Three frontline spinners have been named in the 15-man Black Caps squad to travel to India for March's World Twenty20, while Matt Henry's the unluckiest player to miss out. 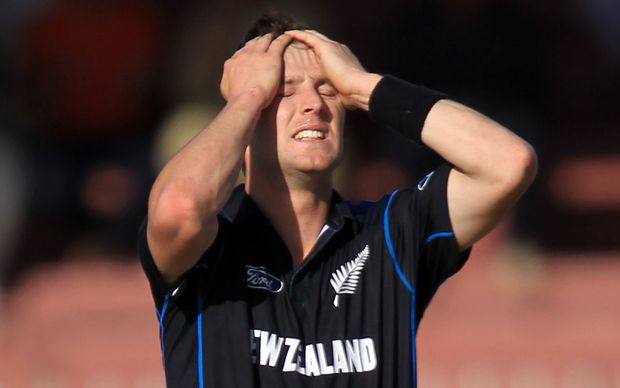 Matt Henry won't be going to India unless there are injuries Photo: PHOTOSPORT

"There's always tough decisions that have to be made when you're balancing up a squad, and I'll stress that it's very much about balance," Larsen said.

"Matt is very unlucky, he's a form horse at the moment, bowling exceptionally well in ODI cricket. But when we had a look at the pace lineup that we wanted, Tim (Southee) and Trent (Boult) - proven experience at T20 level, have the ability to bowl at the top and at the death and through the middle stages as well - Mitch McLenaghan bowling through the middle predominantly, and has the ability to bowl at the death as well, and of course the pace of Adam Milne... you can't beat pace," he said. 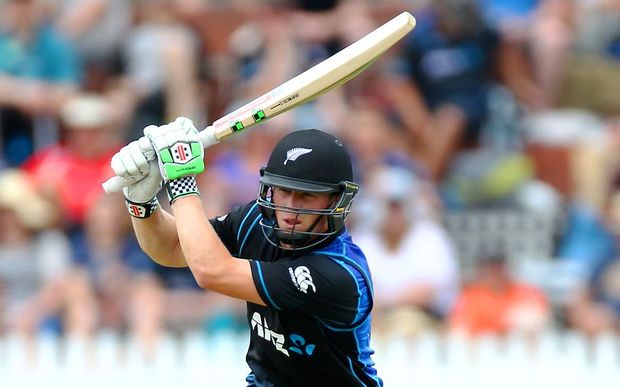 Henry Nicholls in action against Pakistan at the Basin Reserve Photo: Photosport

Henry Nicholls, who impressed in the recent one day series, was in line to make his Twenty20 international debut and will provide cover for wicketkeeper Luke Ronchi, as well as the lower order.

Currently injured trio Tim Southee, Ross Taylor and Mitchell McClenaghan have all been named and were expected to be fit for the tournament.

Coach Mike Hesson has confirmed that paceman Mitchell McClenaghan has recovered enough from his fractured eye socket to come into selection contention, following an operation on Friday.

He should be ready to return to training in a fortnight.

The need to have a well-balanced squad for the conditions was imperative, Hesson said.

"Henry has shown his talent and versatility with the bat this summer and has also been used as a wicketkeeper for New Zealand 'A'," said Hesson.

"With the Indian conditions in mind, the plan has always been to take three front-line spinners and all three bring something different," he said.

"It's great to have Nathan available again and his experience in the foreign conditions will be invaluable. Both he and Mitch Santner have the ability to bowl in the first six overs, which gives Kane a number of options to work with."

The depth within the fast bowling department meant some difficult decisions were made to find the right balance.

"On top of our four genuine pace bowlers and Corey (Anderson) as all-rounder, Colin (Munro) and Grant (Elliott) are also options with the ball for us with their change of pace."

"We understand that with three sub-continent sides and Australia in our pool, we're going to have to play some very good cricket to progress into the semi-finals."

The Black Caps will head to Dubai for preparation on 3 March.