The New Zealand cricket selectors have named the squad tasked with retaining the Chappell-Hadlee trophy in the one day series against Australia. 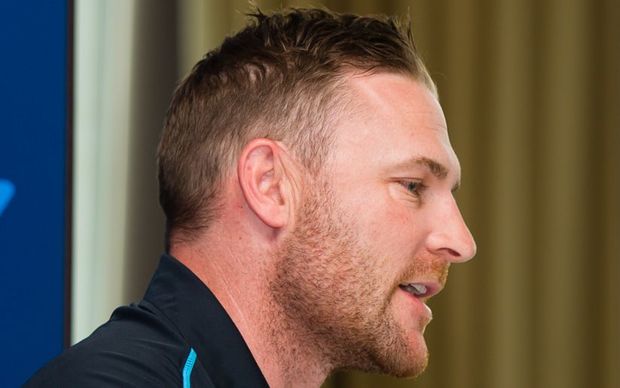 Tom Latham has been named as cover for returning captain Brendon McCullum, though the batsman will leave the group pending McCullum's fitness.

Tim Southee, Ross Taylor and Mitchell McClenaghan were all unavailable for selection due to injury, with the aim for Southee and Taylor being a return for the Test series. McLenaghan is not in the current Test squad.

McCullum said he was feeling fine after recovering from a back injury suffered in the field in the Sri Lanka series, but he still wasn't absolutely sure he would play in Sunday's Pakistan one day finale at Eden Park.

"It's probably not 100 percent but I guess a little bit of that is stiffness as well so hopefully will be fine for tomorrow," he said.

The inaugural contest was in the 2004-05 season and has since been competed for eight times. The Black Caps are the current holders of the trophy, having beaten Australia during the round robin of the ICC Cricket World Cup 2015.

"This is a pinnacle event for us and we'll look to get our best side out on the park each time we play," said Hesson.

"We've been lucky enough to use a big squad over the summer and although we're missing a few key players, we have guys who can step in and we know are up to the task," he said.

Hesson also acknowledged the anticipation for the series amongst fans and players alike.

"The Chappell Hadlee Trophy is something we want to hold on to. The rivalry between these two sides is huge and it's going to be three intense games in front of some big crowds."

The opening game is a day-nighter on Wednesday at Eden Park, starting at 2pm.