The Black Caps bowling coach Dimitri Mascarenhas is stepping down at the end of the home summer to spend more time with his family in Melbourne. 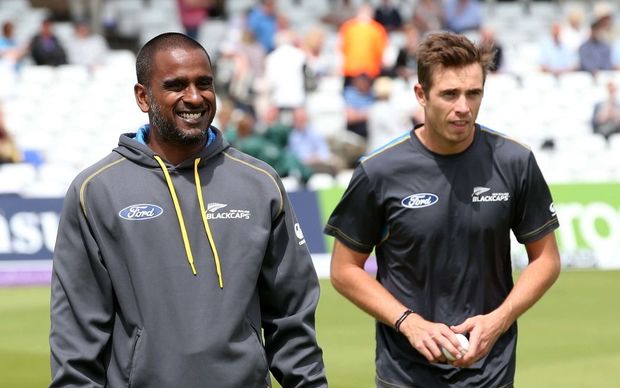 The former England international's last job here will be the Chappell-Hadlee series against Australia, starting next week.

"Just purely family reasons, look (I) got a wife and a couple of young kids and it's been really tough being away, being on the road for a long time," Mascarenhas said.

"I thought we could get by it but it's just proving to be a little bit tough so I think it's the right thing to do, to go home and spend a bit more time with them."

Mascarenhas said he doesn't have his next job lined up yet, but he hoped he's leaving the bowlers in better shape than he found them in.

Pace bowler Mitchell McClenaghan has been ruled out of the Chappell-Hadlee series with his fractured eye socket worse than first thought.

Batsman Tom Latham will stay with the squad, in case returning captain Brendon McCullum isn't right for Sunday's final one dayer against Pakistan at Eden Park.