German Angelique Kerber has advanced to her maiden grand slam final at the Australian Open where she will take on the might of history-chasing Serena Williams. 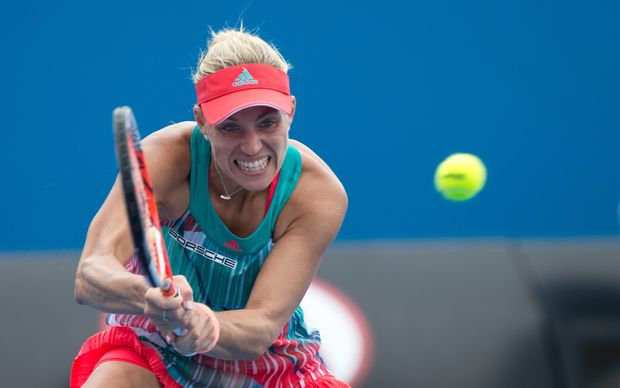 German tennis player Angelique Kerber is through to the final of the 2016 Australian Open. Photo: PHOTOSPORT

The seventh-seeded Kerber needed one hour and 22 minutes to end the fairytale run of unseeded Australian-born Brit Johanna Konta 7-5 6-2.

But Kerber will still start as a huge underdog in Saturday's title match against Williams, who has won all six of the Australian Open finals she has contested, including last year's decider against Maria Sharapova.

Victory for Williams will see her draw level with German great Steffi Graf on 22 majors, two behind the all-time mark of 24 held by Australian legend Margaret Smith Court.

"I'm really looking forward to playing against Serena in the final," Kerber said.

"The No.1 player in the world at the first grand slam of the season, it's amazing.

"I'm really looking forward to taking this challenge and I must play my best tennis." 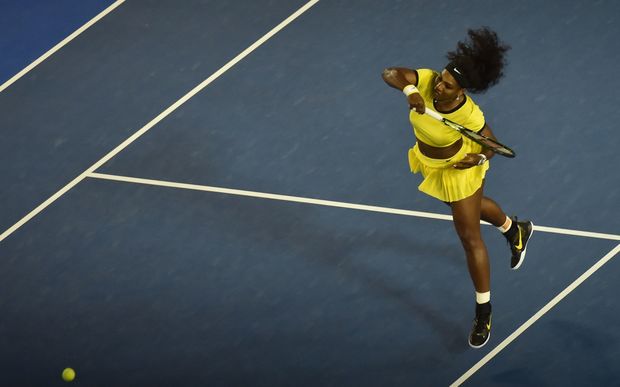 The American needed only 64 minutes to down No.4 seed Agnieszka Radwanska 6-0 6-4 in the first semi on Thursday, extending her imposing career record over the Pole to 9-0.

Williams completely dominated the winners' count 42-4 against Radwanska, whose record against the American now sits at a sorry 0-9.

"I'm really excited to be in another final - it kind of blows my mind right now," said the 34-year-old Williams.

"Mentally I needed that break after the Open.

Kerber jumped out of the blocks against Konta, breaking twice to lead 3-0.

The unseeded Brit got the seat back on level terms, only for the German to snare the crucial break in the 11th game.

The second set was more of a case of one-way traffic, with Kerber only committing 11 unforced errors throughout the match.

Before arriving at Melbourne Park, Konta had won only four of her previous nine matches at grand slam level.

But after causing a major boilover by ousting Venus Williams in the opening round, she rolled all the way to semis before coming up short against Kerber.