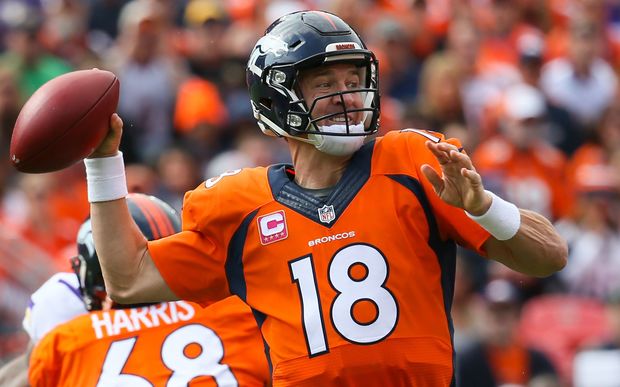 Manning has described the allegations, made by broadcaster Al Jazeera, as "complete garbage".

Its source - Texas-based pharmacist Charlie Sly - has since recanted.

The allegations surfaced in an Al Jazeera report that said Manning's wife received deliveries of HGH, which is banned by the NFL, at their home.

At the time, Manning was recovering from neck surgery suffered during his spell with the Indianapolis Colts.

The NFL does not expect to reach a verdict before Manning's Denver side play the Carolina Panthers in the Super Bowl on February 7th.

Manning holds the records for most passing yards and touchdown passes and has been voted the NFL's most valuable player on a record five occasions.

The 39-year-old been plagued by injury and there is speculation that the Super Bowl - his fourth appearance in American football's showpiece event - could be the final game in his illustrious career.