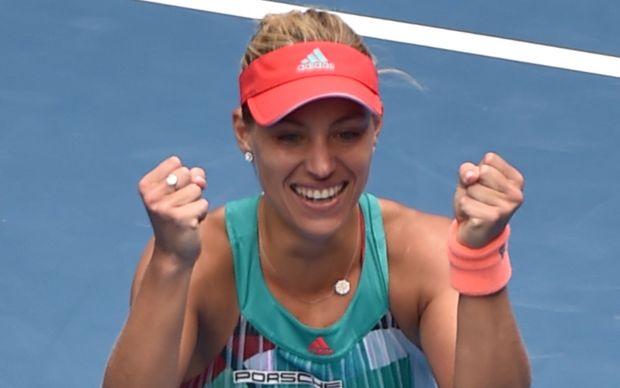 The seventh-seeded Kerber reversed a run of six straight losses to Azarenka to eliminate the Belarusian 6-3 7-5 at Rod Laver Arena.

While seeded higher than Azarenka - who spiralled down the rankings during an injury-plagued 2014 season - Kerber was a big underdog on Wednesday after being crushed by the former world No.1 in the Brisbane final earlier this month.

"I can't actually describe it in words. I mean, I was zero from six before I came to court," Kerber said.

"I was just saying play like you do on the practice courts and just go for it, just believe that you can beat her and I'm so, so happy that I beat her for the first time.

"I was trying to serve very good from the first point and be more aggressive than I have the last few times I played her.

"It's just an amazing feeling to be in the semi-finals here for the first time."

Azarenka, seeded 14th, had loomed as Serena Williams's greatest title threat after marching through her first nine matches in 2016 without dropping a set.