Liverpool have won through to English football's League Cup final with a 6-5 penalty shootout win over Stoke City in the second leg of their semi-final at Anfield. 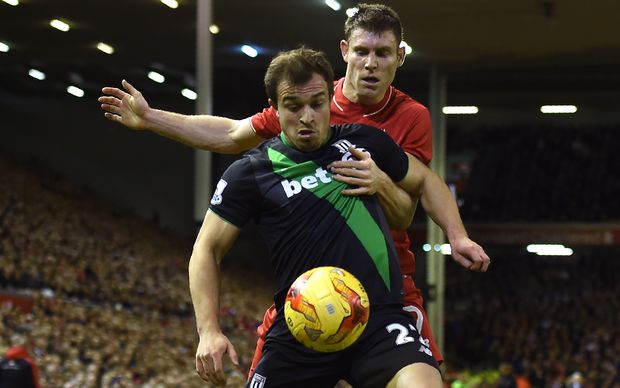 Stoke had won the second leg after the gripping tie ended 1-0 to the visitors after extra time and 1-1 on aggregate.

Stoke, who bossed vast swathes of the encounter, took the lead in first-half stoppage time when Marko Arnautovic swept the ball home from an offside position but the assistant's flag stayed down and the goal was allowed to stand.

After neither side could add to the scoring for the remainder of the encounter, the clash went to penalties and Joe Allen scored the decisive sudden death kick to give Liverpool a 6-5 win in the shootout.

Liverpool will face Manchester City in the final in late February, after they beat Everton 3-1 in the second leg on Thursday.