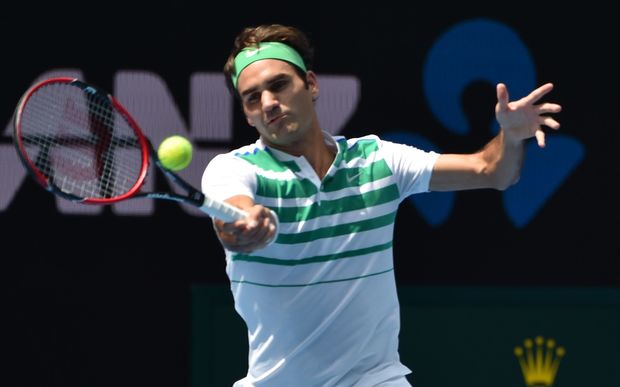 Federer, 34, was pressed hard in the opening set, taking it in a tie-break after swapping service breaks with his 30-year-old opponent.

He won the points he needed in the second set to take control of the match.

Berdych broke early in the third set before Federer, who has won 17 grand slams, broke back in the third game and upped the pressure - breaking again in the ninth, then serving out to seal his victory in two hours and 16 minutes. 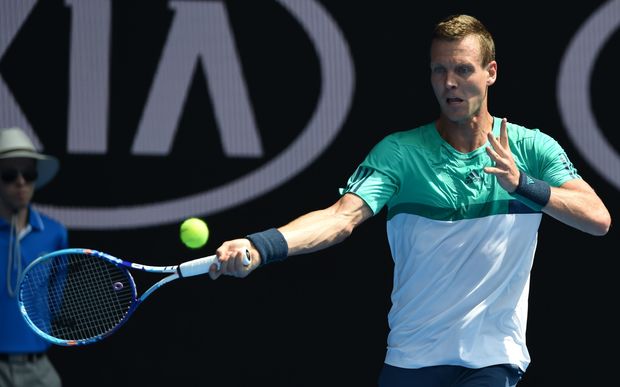 Speaking after the match, Federer said he was "very, very happy" with the win.

"Tomas has caused me a lot of problems over the years... He's one of the guys who makes you a better player. He's beaten me around the world on the biggest courts," he said.

"I played a great match. I was aggressive, had some variety in there and I'm very happy I was able to play like that."

Federer will be met in the semi-final by defending world champion Novak Djokovic, who was back to his best tonight against Japanese seventh seed Kei Nishikori after surviving a scare against France's Gilles Simon in the previous round. The Serb saw off Nishikori 6-3 6-2 6-4.

In the women's singles, American player Serena Williams has advanced to the semi-finals after beating Russian rival Maria Sharapova.