Central Districts have booked their place in the domestic one day cricket men's final, while Canterbury will play off against Otago to see who earns the right to face Central in the decider. 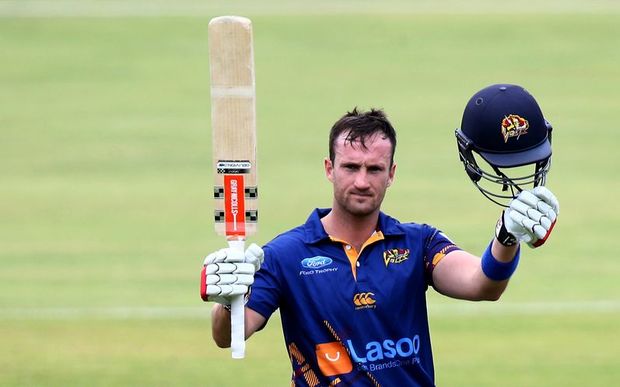 Auckland lost to Otago by 125 runs under the Duckworth-Lewis method in a rain-affected match in Invercargill, while Central mounted a magnificent comeback in Christchurch to beat Canterbury by two wickets.

CD were struggling somewhat at Hagley Oval against Canterbury as they chased the hosts' 294 for eight, after Tom Latham smashed 126 to top-score for Canterbury.

The visitors had lost six wickets before Jesse Ryder also hit a century, the former Black Cap eventually out for 136 - including seven sixes and 14 fours.

Central then chased down the 295 required, finishing on 295 for eight with three balls to spare to book the right to host the final at New Plymouth's Pukekura Park.

Rain had the final say in Invercargill as Otago booked their place in Wednesday's elimination final with a 125-run DLS win over Auckland in the third-fourth place playoff.

Another former Black Cap, Neil Broom, also hit a century at Queen's Park, with Broom's 109 propelling Otago to 313 for seven.

The hosts had Auckland under the cosh too before the rain arrived, but that stranded the visitors on 159 for eight off 34 overs - and that's where the match ended.