Former champion Stan Wawrinka will face Milos Raonic in the Australian Open's fourth round, while third seed Garbine Muguruza was the biggest casualty on day six.

The Spaniard was knocked out 6-3 6-2 by unseeded Czech Barbora Strycova.

No such problems for two-time Melbourne champion Victoria Azarenka as the Belarusian cruised past Japanese opponent Naomi Osaka 6-1 6-1. 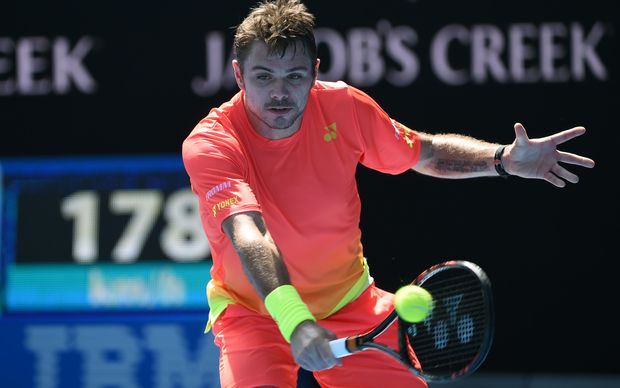 Wawrinka, the fourth-seeded 2014 champion, continued his trouble-free campaign on Saturday with a 6-2 6-3 7-6 victory over Czech Lukas Rosol.

"Lukas is always a tough player, but I started really well today," Wawrinka said after finishing off the match at Rod Laver Arena with a signature backhand crosscourt winner.

Wawrinka's win sets up the first heavyweight clash of the tournament, with the Swiss ace to face 13th seed Milos Raonic on Monday for a quarter-final berth.

Raonic cruised into the last 16 with a straight-sets win over Serb Viktor Troicki, the Canadian dedicating the win to the four victims of the shooting tragedy in Saskatchewan.

Raonic didn't face a single break point on his serve as he breezed through the first two sets on Margaret Court Arena but had to fight back from an early break in the third to record the 6-2 6-3 6-4 win. 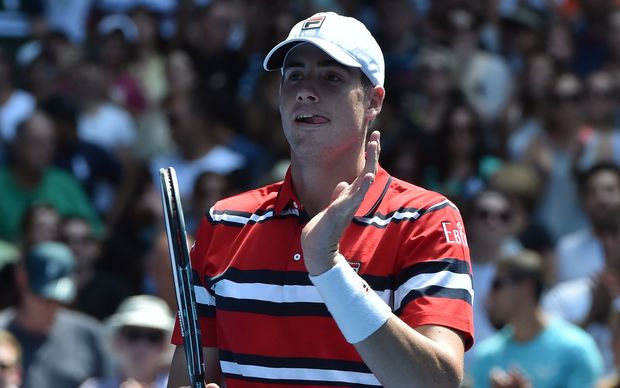 Isner and Lopez entered the third-round contest as the tournament's top two on the ace leaderboard and the American came out well on top to progress to the fourth round after two hours and 53 minutes.

Isner crunched 44 aces in total to take his Open tally to 101 and set up a clash on Monday with Spanish eighth seed David Ferrer or countryman Steve Johnson.

"I knew it was going to be a tough match. Nothing separated us in the first two sets," Isner said.